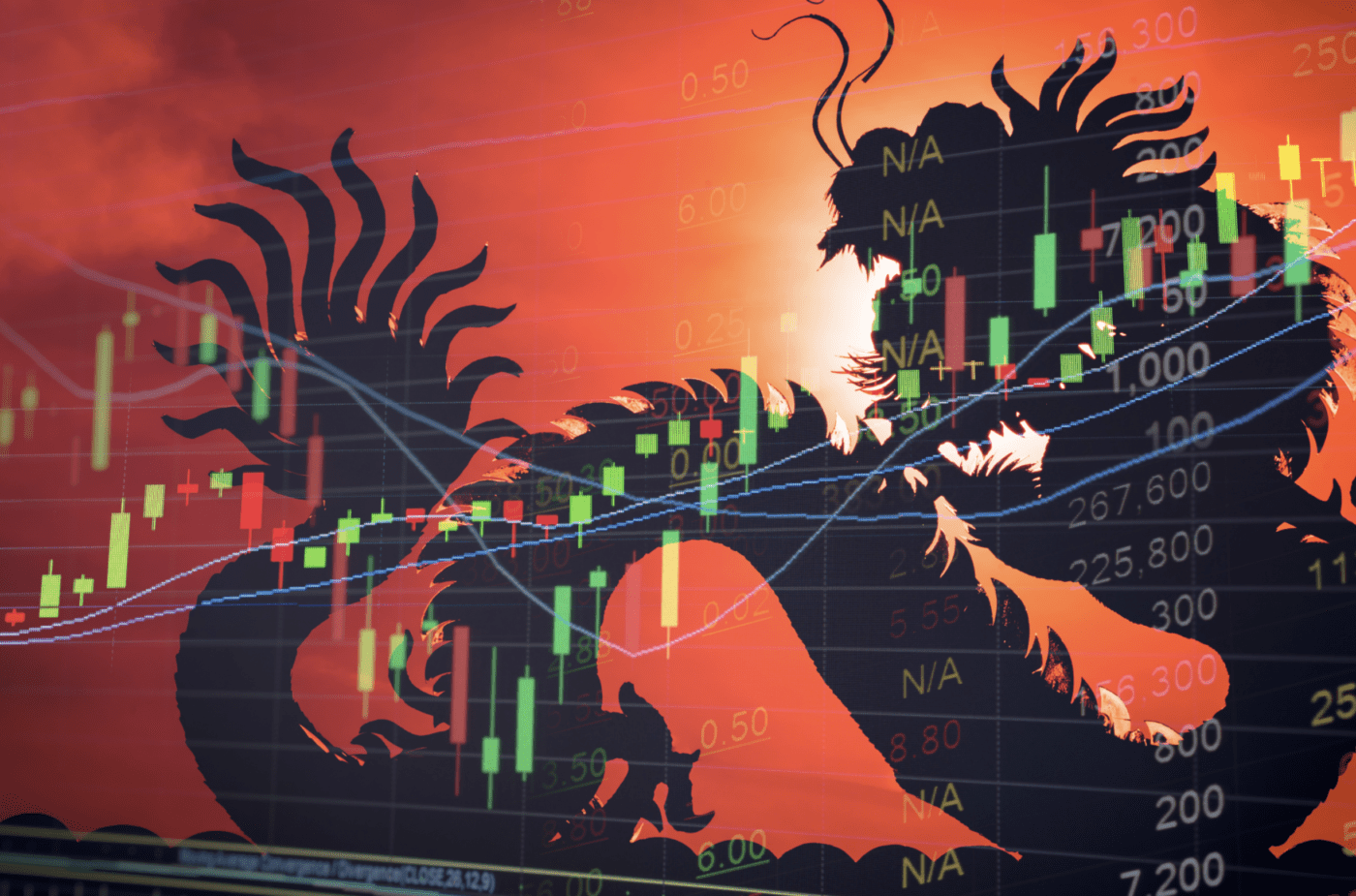 Amidst the developing turmoil in Kazakhstan, new rail links in Southeast Asia, and the growing global impact of China’s slowing economy, this month we are going to take a closer look at China’s ongoing BELT & ROAD INITIATIVE (BRI), first known as One Belt One Road. Think of it as a trading highway from China to Southeast Asia and through Central Asia to Europe, the Mideast, and Africa. Long in the planning and launched in 2013, this long-term strategic internal and external structural connectivity initiative is now part of China’s Constitution (2017) and due to be completed in 2049 (the 100th anniversary of the establishment of the People’s Republic of China).  BRI includes both wet and dry ports, dams, roads, bridges, airports, logistics and industrial hubs, skyscrapers, and possibly military bases. It is China’s most potent diplomatic statement to the world after centuries of actual and perceived foreign hegemony. Global economists have predicted that it will add over $7 trillion annually to global GDP. (CEBR)

There are two major components to BRI: the first is the land route linking China and Eurasia which basically follows and extends the ancient “Silk Road” and the updating of old colonial rail links to Southeast Asia; the second is the maritime “Silk Road” consisting of port links across the Southeast and South Asia to Africa and Europe. Once China completes its giant Arctic icebreaker project, there will also be a Polar Route.  There are over 40 nations already engaged in these BRI projects, with the most recent being Eritrea and Guinea Bissau in Africa. We will focus on the land route.

Why does Kazakhstan matter to China?  Located between China and Russia and lying along the central strategic trans-Eurasia land route of BRI, it is the largest economy in Central Asia and the largest landlocked country in the world.  Rich in natural resources, including hydrocarbons and metals, it is the world’s leading producer of uranium, its biggest exporter of oil, the 10th largest producer of coal, and the second leading miner of bitcoin.

Connecting China to Europe and the Mideast, it calls itself the “buckle” in China’s BRI. Formerly part of Russian Turkestan, it became an independent political entity in the 1930s and has enjoyed relative autonomy and stability over the past 30 years. Governed by authoritarian ex-Soviet elites who have enriched themselves, it has maintained this stability through soviet-style unchallenged and relentless repression and by subsidizing prices of butane and propane which can be easily transported to isolated villages in the Ural mountains where over 50% of its 19 million citizens live. But on January 1, 2022, the government allowed the price of cooking fuel to freely rise leading to a doubling in price. This has caused widespread and violent protests leading to “shoot to kill” suppression with the help of Russian troops. As of early January, the unrest has been contained but has unmasked the long-festering discontentment of its people.  And, price controls were put back in place to placate the people.

The keystone BRI project is the huge KTZE-Khorgos Gateway, a “dry port” located 15km from the Chinese border in Eastern Kazakhstan, including a massive logistics and industrial hub.  Requiring enormous amounts of capital to develop, it is the most unique of all BRI projects.

Operated by COSCO, China’s major shipping company, it boasts 7 giant Train Gantry Cranes “positioned to horizontally transfer both 20-and 40-foot modular containers between tracks of different railway gauges” (Standard Chinese gauge and Kazakh Soviet gauge). Estimates are that a fully loaded train can transfer its cargo to another train within 47 minutes, reducing the time to transport goods from China to Europe to 15 days. This appears to be a significant cost and time savings compared to the maritime routes, which take up to 50 days.  But the real cost is over ten times the sea route due to the huge cost of operations and other bottlenecks along the way.  China claims it is still the best route for “high value” goods.

This huge undertaking has not been without both political and financial setbacks. China has been accused of spreading its tentacles of power through economic domination of smaller, weaker nations, and by creative non-transparent financing of many of these trade links which are desperately needed by many developing countries. But the picture is much more complicated. For decades, China has been training engineers from Africa at its major educational institutions in China where students learn Chinese and complete five-year engineering degrees in Chinese. China has long been involved in helping develop infrastructure, such as dams, roads, and railways in Africa, where they employ these engineers and supplement construction with Chinese labor. China claims it is not trying to take over these countries by controlling their ports and railways if they default on their BRI loans but to stimulate trade.  Recently there has been greater transparency around how these BRI loans are structured. China has also slowed down its lending due to drains on its foreign exchange reserves. China’s economy is slowing. Goldman Sachs this month has reduced its projected growth rate to 4.3% in 2022 due to the spread of the Omicron virus.

Other initiatives similar to BRI have arisen to counter China’s growing influence in developing countries. The European Union has pledged 630 billion for infrastructure development outside the Union.  And the USA is developing a counter BRI initiative called B3W (Build Back Better World). How these initiatives play out over the coming decades will no doubt change the global macroeconomic landscape and possibly drive global trade toward more worldwide synchronization.

Other Developments within China

Walmart reacted to calls to respond to the alleged Xinjiang genocide by removing products suspected of being produced using forced labor there from all its shelves at supercenters in China. Other companies such as Intel have also responded.  But the backlash has been significant and it is unlikely that these efforts will result in any change of government behavior. China has retaliated by threatening to enforce 17 penalties against Walmart for violations of its cybersecurity regulatory framework, which up to now China had ignored. And Intel has been forced by its own Chinese employees to apologize.  Another very complicated picture.

In the meantime, as we approach the opening of the Winter Olympics in Beijing on February 4, the Omicron Virus is spreading in China with more lockdowns and restrictions in cities and provinces close to Beijing.  All train service to Beijing has been suspended from Tianjin, a nearby city of 14 million people and Beijing’s closest port, as Omicron spreads there. Athletes will be restricted to an “Olympic Bubble”.  The Chinese are following a containment plan similar to the one Japan implemented during the summer Olympics.

China’s auto sales in October fell for a sixth consecutive month by 9.4 percent y-o-y to 2.33 million vehicles, due largely to a shortage of semiconductor chips.  But NEVs increased by 135 percent to 383,000 units.

JAPAN’s PMI eased slightly from 54.5 in November to 54.3 in December. Japan saw slower increases in production and new orders, but employment was up at the fastest pace in almost four years. However, business optimism was at a four-month low. Supply chain disruptions and material shortages continued to hinder production and sales.

The rise in new orders was sustained, particularly in the automotive sector, and the fourth quarter as a whole was strong. New export sales growth eased in December amid a rise in COVID-19 cases in South Korea, in particular.  Rising raw material prices put pressure on cost burdens, and for some manufacturers, a lack of raw materials hindered the completion of orders.

INDIA saw strong but slower increases in new orders and production in December. Input price inflation was back to a three-month low, and selling price increases were at their weakest since October 2020. Business confidence strengthened, but there were still concerns about supply chain disruptions, COVID-19 labor disruptions, and inflationary pressures.  The PMI softened from November’s 57.7 to 55.5 in December, still in expansion.

There were higher prices for a wide range of items, including chemicals, foodstuffs, electronic components, metals, and textiles.  Employment fell slightly as pressure eased on capacity. There were long lead times on inputs and raw materials scarcity among distributors. New export orders were up for the sixth consecutive month, albeit only slightly.

SOUTHEAST ASIA may be the next reliable low-cost labor and parts source over the next decade or two.  Although the population is considerably smaller than China or India, Indonesia, Thailand, the Philippines, and Vietnam have been improving their workforce skillset and factory capabilities steadily over the past decade as dissatisfaction with China has arisen.  Companies around the world have been exploring Southeast Asia as a source of supply more aggressively since geopolitical and Covid issues have disrupted Chinese supply sources, and while these nations have similar difficulties with the virus, at some point the virus will clear or become manageable.  Thus, companies preparing now for that eventuality will reap the offshoring rewards they experienced years ago as they sourced from China.  This is also a windfall for Southeast Asian countries, who were competing with China with great difficulty, but are now more favored as China flexes its BRI muscles.