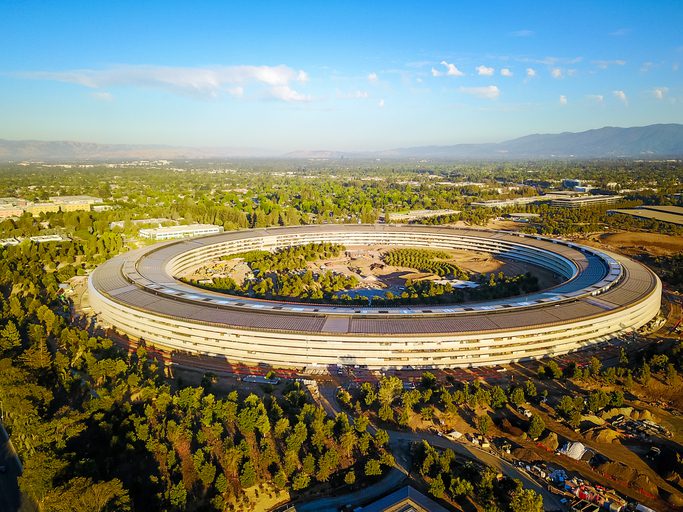 In 2017 Apple said that 96% of its facilities were operating using renewable energy. Last week the company announced that 100% of the facilities owned by the company were operating solely on renewable energy. These facilities include its headquarters in Cupertino, offices and data centers in various countries as well as all retail stores selling Apple products. The company also noted that 23 of its manufacturing partners for were also planning to only use energy from renewable sources in the near future.

Apple CEO Tim Cook said that Apple was aware of its responsibility to the environment and was committed to leaving the world a better place, and that they are proud to have reached this renewable energy milestone. He also mentioned that the company would continue to try to help the environment in every way possible, selecting the most suitable materials and components used in its products, recycling products and developing new sources of renewable power which the company can use for its own facilities, as well as its suppliers.

Apple currently has facilities in 43 countries worldwide including United States, India, the United Kingdom, Japan and China. The company works closely with its partners to develop green energy projects which would otherwise not exist, improving energy supply options in the area, state or even the country. In addition to widely used solar photo-voltaic (PV) arrays, some of the other technologies include wind farms, bio-gas powered fuel cells and hydro-power based generators.

Apple is involved in 25 projects producing 626 watts of power from eco-friendly sources of energy. There are also 15 more projects under construction and when fully operational, they will generate 1.4 gigawatts of clean energy in 11 countries worldwide. Since 2014, all the data centers owned by Apple have utilized green energy. The largest office building in North America which is certified LEED Platinum, is Apple Park, their new headquarters. The state-of-the-art building uses renewable power from multiple sources like a solar installation on the rooftop rated at 17-megawatts and fuel cells using biogas which produce 4 megawatts. These power sources are controlled using a micro-grid, batteries for storage of energy with excess power transferred to the public electricity grid when Apple’s power requirements are lowered.

To power their manufacturing facilities Apple is developing solar and wind projects in China with a capacity of 485 watts. The new 400,000 square foot data center in Waukee, Iowa will use 100% green energy from the first day of operation. In Nevada and Oregon the company has partnered with local solar PV and wind power companies. In Japan and Singapore Apple partnering with local companies to install solar panels on the rooftops of many of their manufacturing facilities in a continued, global effort to operate on 100% renewable energy.