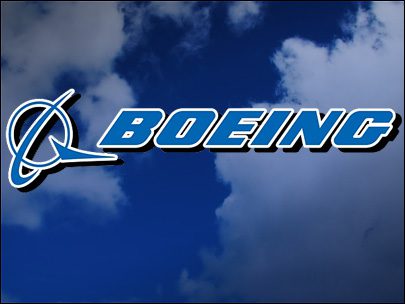 For the first time in over two decades, Boeing has confirmed the aerospace giant lost $1 billion in the fourth quarter of 2019 on the heels of a 37% loss in revenue. Boeing claims losses totaled $636 million in 2019.

Two fatal crashes and the subsequent grounding of all of the company’s new 737 Max passenger planes are to blame for the setbacks. The crashes, only 5 months apart, killed 346 passengers and crew in Ethiopia and Indonesia. The cause of both crashes appears to related to software design flaws in the aircraft. Additional hardware design flaws were uncovered only last week after findings from an audit requested by the US Federal Aviation Administration (FAA) uncovered serious wiring issues in the wiring that controls the plane’s tail control surfaces.

When asked about the ongoing issues, Boeing released a statement that read in part, “Our highest priority is ensuring the 737 MAX meets all safety and regulatory requirements before it returns to service. We are working closely with the FAA and other regulators on a robust and thorough certification process to ensure a safe and compliant design. We identified this issue as part of that rigorous process, and we are working with the FAA to perform the appropriate analysis. It would be premature to speculate as to whether this analysis will lead to any design changes.”

While Boeing claims the tail control wiring issue, which involves two bundles of wiring being located too close to each other, can be resolved in only 2 hours per aircraft, the software problems that caused the fatal accidents is more complex. Recertification of the aircraft is contingent upon corrections to the plane’s  Maneuvering Characteristics Augmentation System (MCAS), which is to blame for the deadly crashes of Lion Air Flight 610 in October 2018 Ethiopian Airlines Flight 302 in March 2019.

The MCAS system was designed to compensate for certain design characteristics of the aircraft. When engineers were designing the 737 Max, engineers needed to fit a larger, more fuel-efficient engine next to the plane’s low-slung landing gear. This was achieved by moving the engine higher up and slightly forward. This caused the aircraft’s nose to pitch upward during normal flight. The MCAS was developed to compensate for this “nose up” tendency of the aircraft. Unbeknownst to pilots, the MCAS is “activated without pilot input” according to Boeing. Lack of crew training on how the system works, what conditions activate it and how to properly disable the system apparently contributed to the pilots involved in the fatal accidents fighting the MCAS system’s input, resulting in loss of control.

All 737 Max aircraft remain grounded since March of 2019 as work continues on remedies for the software and related training issues. The company announced last month that it had fired chief executive Dennis Muilenburg. Board chair David Calhoun replaced Muilenburg on January 13, a change they deemed, “was necessary to restore confidence in the Company moving forward as it works to repair relationships with regulators, customers, and all other stakeholders”.