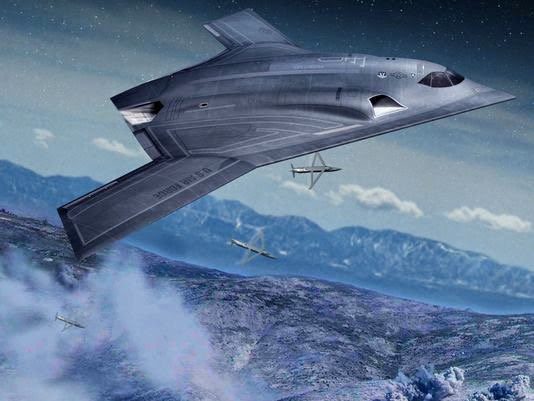 Northrop Grumman was awarded the contract in October 2015, which sparked backlash from the Boeing-Lockheed Martin partnership. Immediately after the announcement of Northrop’s win, Boeing challenged the US Air Force’s decision, stating the selection process was “fundamentally and irreparably flawed”.

“GAO reviewed the challenges to the selection decision raised by Boeing and has found no basis to sustain or uphold the protest,”  Ralph White, GAO’s managing associate general counsel for procurement law.

“In denying Boeing’s protest, GAO concluded that the technical evaluation, and the evaluation of costs, was reasonable, consistent with the terms of the solicitation, and in accordance with procurement laws and regulations,” http://bit.ly/1OgxdfP

This ruling is great news for Northrop Grumman, not only is there a large sum of money in it for the company, their progress was at a standstill for three months.

The company released this statement in a press release following the announcement of the GAO dropping Boeing’s appeal.

“The LRS-B is vitally important to national security and we are delighted to be resuming work on the next-generation Long-Range Strike Bomber.” http://bit.ly/1OgxdfP

The allotted budget for this project is around $12.1 billion which will cover research, development, test, and evaluation of the new aircraft over the next five years. The Air Force expected to spend an additional $3.5 billion on the new bomber last year, but choosing Northrop over the Boeing-Lockheed partnership would seem to be the cost of the budget revision.

The Air Force’s decision to choose Northrop comes as somewhat of a surprise, on account of Boeing and Lockheed Martin’s long standing relationship with the US Air Force. Lockheed has most recently produced the F-35 for the US Air Force, but perhaps the issues associated with the F-35 project lead to the Air Force’s most recent decision to choose Northrop for the LRS-B.

With the Air Force expecting to purchase 100 LRS-B to replace their B-1’s and B-52’s, there is a substantial sum of money riding on this contract. The estimated cost per unit is around $500-$600 million, the official cost is still confidential.

Boeing doesn’t plan to give up fighting for the contract just yet. Even though an appeal cannot be acted on again, Boeing does have the option to bring the issue to the US Court of Federal Claims. Still, Northrop is confident they will continue to be the primary contract holder for the new LRS-B.