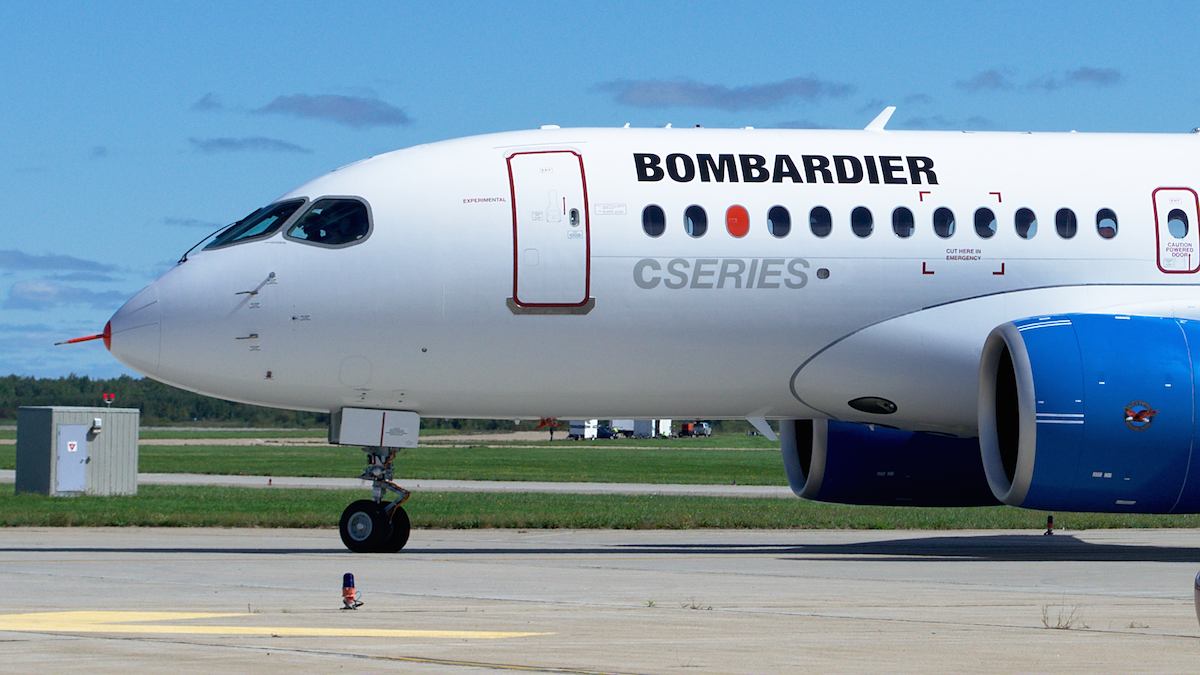 In a sign of the increasing maturity of Bombardier’s CSeries airliner, the first test aircraft for the stretched, 135-seat CS300 variant flew for about 5 hours on its first flight from Mirabel, near Montreal, on Feb. 27.

Flight test vehicle (FTV) 7 is the fifth CSeries to fly. Four test aircraft for the initial 110-seat CS100 version have logged more than 1,000 hours since the CSeries first flew in Sept. 2013. A fifth and final CS100 test aircraft is expected to fly shortly, followed by a second CS300.

Capable of seating up to 160 passengers, the longer CS300 is scheduled to be certified six months after the CS100. Bombardier continues to say the CS100 will be certified and deliveries will begin in the second half of this year, but “more towards the end of the second half,” Chairman Pierre Beaudoin said earlier this month.

Flight testing of the CS100 is under way at Mirabel, and in Wichita, Kansas, to take advantage of better winter weather. The fifth test aircraft, FTV5, is the first with an interior and has been handed over to the flight test department at Mirabel after completing passenger-evacuation testing.

Assembly of the first production CS100s is under way in a new facility at Mirabel. The projected development cost for both variants of the CSeries is now $5.4 billion, up from the original $3.4 billion, in part because of the 100-day grounding in 2014 following an engine failure on the ground.

Firm orders for the Pratt & Whitney PW1500G geared-turbofan-powered CSeries still stand at 243—63 for the CS100 and 180 for the CS300. This is still short of Bombardier’s goal of 300 by entry into service. Including options and other commitments, the total is 422 aircraft.

Bombardier, meanwhile, has raised $848 million in new equity through a public offering, up more than 40% from the $600 million the company had said it wanted to raise under a new financing plan to improve its liquidity in the face of higher development costs and lower cashflows.

The Wall Street Journal is reporting that Bombardier now plans to raise $2.25 billion in new debt as part of the plan, up from the originally-stated $1.5 billion. This will take the form of $1.5 billion from 10-year bonds and $750 million from three-year bonds, says the WSJ.