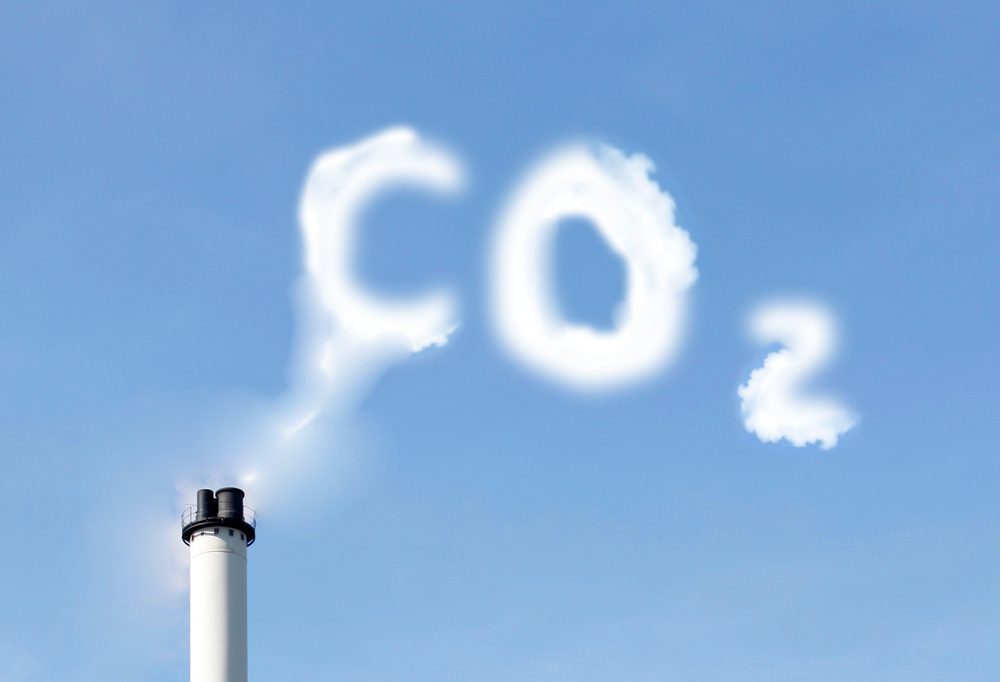 Wednesday, the Obama administration stated that the Supreme Court will delay the enforcement of the new Clean Power Plan. The plan requires a one-third reduction in carbon dioxide emissions from existing power plants over the next 15 years.

There has been overwhelming opposition from manufacturing organizations, as well as states, that are economically dependent on coal mining and oil production. Much of the opposition claims that the rule would have a devastating impact on business and set unrealistic emission limits. The U.S. has already been taking aggressive steps to curb greenhouse gas emissions, as other regulations have been put in place to reduce emissions from automobiles, airplanes as well as the oil and gas sector. Solar and wind tax credits have also been included in this year’s budget to spur interest in renewable energy.

Even though compliance with the new regulations would not take effect until 2022, states must submit detailed plans on how they will meet the emissions standers to the EPA by September, or request an extension.

In December, nearly 200 countries agreed to limit greenhouse gas emissions in the first global treaty of its kind. Many environmentalists think that the suspension of the Clean Power Plan will hurt the United State’s credibility to lead the charge against climate change. However, other environmentalists have faith the free market will lead to a gradual migration away from greenhouse emitting fuel in the near future. Manufacturers are fearful that strict regulations will be incredibly difficult to meet in the given time frame.

National Association of Manufacturer’s President and CEO Jay Timmons has faith that the manufacturing industry is already doing an exceptional job to reduce CO2 emissions.

This is a statement made by Jay Timmons in August 2015:

“This regulation will be exceptionally difficult for manufacturers to meet and will increase energy prices and threaten electric reliability. Manufacturers are committed to being responsible stewards of our environment, leading the way in that effort, and we are disappointed the Obama Administration has chosen to pursue this path.

Manufacturers are already building more efficient power plants, factories, cars, and appliances, all of which are leading to lower emissions. We need policies that foster continued innovation, encourage new investments and allow manufacturers to remain competitive-not ones that punish and penalize. This regulation and the President’s Climate Regulatory Action Plan are not the answer. We will keep all options on the table, including litigation, to protect manufacturers’ ability to compete in the global marketplace.” (http://bit.ly/1TaNKZo)

Solar and wind infrastructure is rapidly becoming more affordable and trends show that they will be able to directly compete with oil and natural gas sooner, rather than later. Even in a market where fossil fuels are extremely cheap, new tax incentives will cause businesses to gravitate toward this more sustainable means of energy.

On February 9th, Jay Timmons released this statement after the Supreme Court granted a motion to stay the Clean Power Plan. (http://bit.ly/1WguitJ)

“Manufacturers’ leadership in the courts helped secure this important victory at the Supreme Court. The administration’s burdensome and costly regulation creates uncertainty, threatening our global competitiveness and ability to create jobs and economic opportunity. As consumers of one-third of the nation’s energy and producers of $2.17 trillion in U.S. economic activity, manufacturers will feel the vast and harmful impacts of this regulation. The granting of our motion to delay implementation while the courts debate the legality of the Clean Power Plan not only shows the strengths of the merits of our case, but also saves manufacturers from billions of dollars in unjustly incurred regulatory costs.” “Manufacturers will continue to lead the way in efforts to reduce greenhouse gas emissions, but we need a president and administration that will fight for pro-growth, pro-manufacturing energy and environmental policies. Today’s decision by the Supreme Court is one step towards overturning this overreaching rule, and the Manufacturers’ Center for Legal Action will continue to fight this legally questionable regulation in the courts.”

In the chart below, it shows the downward trend of CO2 emissions being released into the atmosphere in the US. This drop in CO2 emissions is credited to the use of natural gas, new technology, and private sector activity. 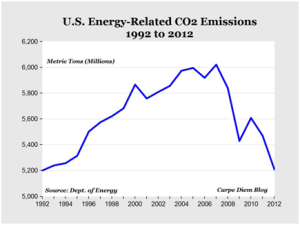 As renewable energy becomes more affordable and practical to use, it will continue to become the more attractive option. Strict government regulation could have a negative impact on business, and the national economy as a whole, by holding back the United State’s ability to stay globally competitive. Giving the private sector incentive to make use of renewable energy could be a more realistic option to reduce CO2 emissions. Of course, there are other ways of tackling climate change. The amount of trees and ecosystems being destroyed is criminal, so planting trees and reducing the use of products made from trees is one thing the public can do. There is more information about what people can do in this article, as well. Nevertheless, the concern still lingers if contributions by the private sector will be enough to reach the global warming limit of 1.8 Fahrenheit agreed to in the COP 21 talks in Paris, but manufacturers and energy providers are working vigorously to do all they can to reduce their emissions without the Clean Power Plan being enforced.