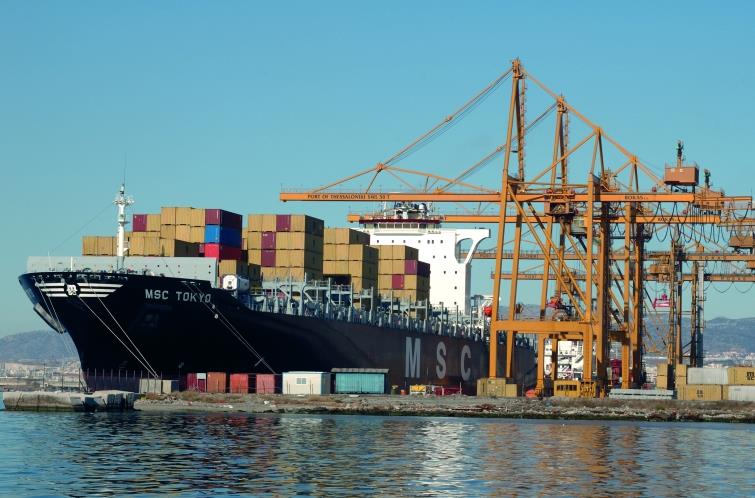 Friday morning, around 11:00AM EST, over 1,000 longshoremen in New York and New Jersey walked off the job. Work resumed Friday night as concerns grew throughout the day about the potential economic impact a strike of this magnitude could bring.

The New York-New Jersey port is one of the busiest ports in the country handling more than $200 billion worth of cargo annually.

Union leaders spoke out and admitted they were caught by surprise that their members had been planning to walk off the job. They did cite the growing anger by dock workers, stating that new automation processes threaded their livelihoods. Claims of possible outsourcing of work, as well as automation of other work, could be the root cause of the strike. The strike disrupted work at all the major terminals where 4,500 longshoremen work.

No official reason for the walkout has been put forth.

The New Your Shipping Association (NYSA) claims that the work stoppage was actually a violation of a no-strike provision in the longshoremen’s contract. This was discovered after an emergency contract board meeting took place Friday afternoon. Both sides have agreed to find solutions to the issues concerning longshoremen. The Waterfront Commission of New York Harbor has started an investigation into who orchestrated the “illegal” walkout on Friday morning. The Waterfront Commission of New York has the power to lift a dock worker’s license for any number of rule violations.

Operations resumed at the port over the weekend where employees worked through Saturday and Sunday.

“We have begun an investigation as to who ordered the illegal walkout and why,” said Walter Arsenault, the commission’s executive director. “We expect normal operations in the port tomorrow. Commission detectives will be in the port as they always are.” bit.ly/1RVPFln

The NYSA seems as if they are more than willing to sit down and find a solution to the longshoremen’s’ issues and want to resolve the matter as quickly as possible to avoid any strikes in the near future.

“The next step is obviously to sit down and try and resolve the outstanding points,” said NYSA spokeswoman Beverly Fedorko. “We can’t get into the specific details of the discussions, but they all have to do with work preservation.” bit.ly/1RVPFln

The impact of a strike like this has the potential to bring business to a standstill, as ships filled with cargo are stuck out at sea. It will be crucial for NYSA to come up with a solution to the longshoremen’s issues ensuring this will not become an issue in the future. Automation is inevitable but the transition to new systems need to be handled delicately.