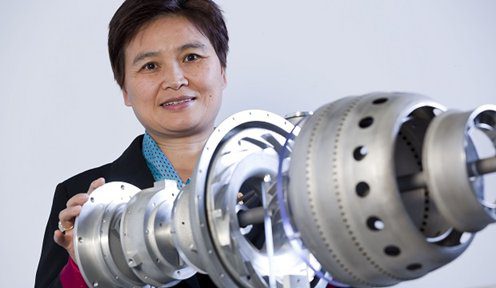 The 3D printed engine is a replica of a gas turbine engine, an auxiliary power unit used in aircraft such as the Falcon 20 private jet. Its producer, French aerospace company Microturbo (Safran) says it was chosen because they were willing for the internal workings to be displayed.

Two jet engines have been printed. One is on display this week at the International Air Show in Avalon, while the second is displayed in Toulouse at Microturbo.

Given that this is an old model, univeristy researchers needed to take the engine to pieces and scan the components one by one. “It was our chance to prove what we could do,” says Professor Xinhua Wu, the director of the Monash Centre for Additive Manufacturing.