Episode 670: It’s About Manufacturing – Not College!

Terry Iverson, CEO of Iverson and Company, and Founder of ChampionNOW discusses the great career opportunities in manufacturing, and the potential to get college paid for by your employer so you can graduate with a career and no student loan debt – what could be better?

Iverson & Company was started in Chicago in 1931. My grandfather started working for Hardinge Inc. in 1925. They were acquired by a work holding company in Elmira, NY and decided to move the machine tool company there. My grandfather was one of three people offered to go with. Due to the fact that my grandfather was the breadwinner for the family at a young age for all his siblings and mother, he graciously declined. He had to stay and help support the family. His father had passed and moving his mother and siblings with him seemed impractical. Impressed with his work and his decision none the less, Hardinge allowed him to become the first Hardinge distributorship. My father followed in his footsteps and served fulltime from 1958 until his full retirement only a few short years ago. My grandfather’s brother-in-law also started a rebuilding company
(Ternstrom) shortly after to compliment the sales and service organization. In 1980, as a young man of 22, I began working in Wisconsin for my uncle’s subcontract machine shop. I was going to Marquette University @ night for mechanical engineering, after getting married to my wife Kathy. My father’s Wisconsin salesman decided to leave for another company, and he offered me the chance to get into the family business. I wasn’t sure I wanted to work directly for my father & I almost turned him down. Since I was newly married, I thought I should discuss with my spouse. That night Kathy and I talked and she stated it must be worth trying. I could always make a change if it did not work out. Thinking further I thought you know, my grandfather would have wanted me to think this through, and give it a chance. I had grown up apart from my dad because of the divorce of my parents when I was six years old. This would be the chance to be closer to him. The next day I told my father that I would give it a try. That was 37 years ago.

For about 5 years I ran the Wisconsin territory, surprisingly excelling in outside sales. I worked exceedingly hard and my wife was very understanding about the long hours. She was kept our home running smoothly and was the primary parent for our young children. We worked as a team and it worked out. In 1984 my father indicated he needed me closer to the Des Plaines office (where we moved to from the city in 1982). By 1985 we had moved down to Chicagoland area, despite the very difficult recessionary times of 1983-1984.

Certainly moving to Chicago was a culture shock. Real estate was much more expensive, traffic was incredulously more intense, and everything seemed to run twice as fast. In order to excel I had to increase my hours and found myself going in at 6:00 am to avoid the traffic jams. During my tenure I took on various sales territories and once again out sold my peers within the company. I took to our applications manager on learning how to process parts and run CNC machines. Soon after we moved down to Chicago my father was diagnosed with colon cancer. He really wasn’t sure we was going to survive his cancer surgery. Prior to going in to surgery he metaphorically passed the keys to the shop saying that it was my game from here on out to run. That was late in 1985. I told Dad I would do my best and of course I hoped he would make it through. Thankfully he did. I am blessed to have him, and share lunch once a week with him. Our elders have so much to offer in terms of history, perspective and advice. Many times we talked about giving me various titles since I was going to be in charge. I told him Dad, I am already the boss’s son, I don’t need the title to give me additional hurdles to jump over. It was probably at least 7-10 years before I took the title of Sales Manager. In 1999 I finally agreed to accept the formal title of President, even though I had accepted that role the day Dad went into surgery in 1985 at 26 years old. I was the third generation owner, a rarity in any industry. As far as inspiration, I had three main sources. One I had a family to provide for. They depended on me and that was inspiration to work as hard as I had to. Second was my father and his success and skills that were exceedingly evident. Last was our family legacy. My grandfather entered into the machine tool business and did very well. My dad followed and did the same. My 2 uncles owned subcontract machine shops. My brother after working for Dad and I went on to run our Des Plaines-based indicator manufacturing company. I was fortunate to have 2 of our 3 children work at different times for our business and even my wife joined some 7 years ago. 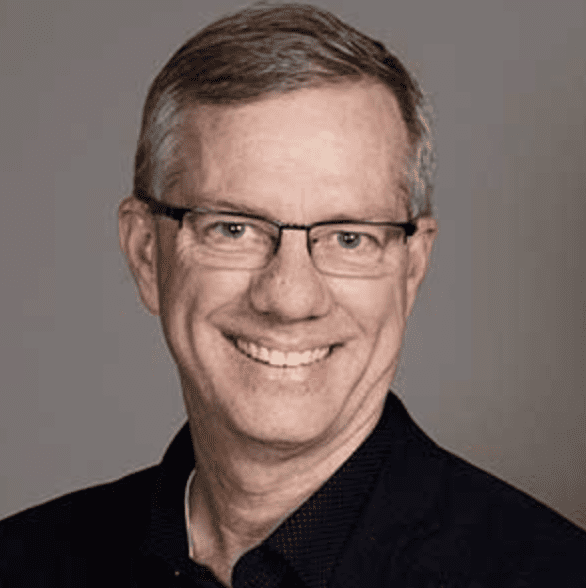