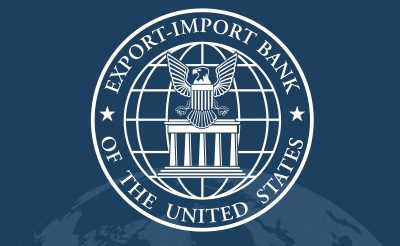 The ExIm Bank continues to twist in the Washington wind as Republican supporters in Congress use a discharge petition to force a vote over the objections of House Financial Committee Chairman, Rep. Jeb Hensarling (R., Texas).  Even if passed by the House, any reauthorization will still have to be passed by the Senate, likely as a rider to another bill.  In the meantime, thousands of employees in the U.S. are losing their jobs as major companies move production work to other countries that have an export-import banking mechanism, and at least one factory in Wisconsin is in the process of being shutdown.  Want to hear more? Listen to

· Linda Mysliwy Conlin, currently President of the World Trade Center of Greater Philadelphia who was formerly the Vice Chair of the Board of Directors of the Export-Import Bank,

· Don Nelson, Principal and President of Ramsgate Engineering and ProGauge Technologies who is also a member of the 2015 Advisory Committee to the Export-Import Bank,

· Congresswoman Debbie Dingell for the 12th District of Michigan, and

· Lauren Airey Wilk, Director of Trade Facilitation Policy for the National Association of Manufacturers who comes from Capitol Hill where she served as a senior legislative assistant on issues such as export controls and intellectual property rights as they discuss the necessary reauthorization of the Export-Import Bank and the important services it provides to help manufacturers across America sell their goods overseas.