After graduating from the United States Naval Academy in 1994, Congresswoman Sherrill spent almost 10 years on active duty in the United States Navy. She flew missions throughout Europe and the Middle East as a Sea King helicopter pilot, worked on the Battle Watch Floor in the European Theater during the Iraq invasion, and served as a Flag Aide to the Deputy Commander in Chief of the U.S. Atlantic Fleet. Congresswoman Sherrill also served as a Russian policy officer and worked on the implementation of our nuclear treaty obligations and oversaw the relationship between the U.S. Navy and Russian Federation Navy.

Congresswoman Sherrill attended law school after leaving the Navy in 2003, earning a degree from Georgetown University. She worked as a lawyer and eventually joined the U.S. Attorney’s Office in New Jersey. As an Outreach and Re-entry Coordinator, Congresswoman Sherrill developed programs to help prevent crime in the community. These programs developed trust between law enforcement and the communities they serve, and helped people leaving prison to gain employment, housing, and education in order to restart their lives. As an Assistant U.S. Attorney, Congresswoman Sherrill worked to keep our communities safe, prosecuting federal cases and advising law enforcement on investigations.

Congresswoman Sherrill holds a Bachelor’s degree from the United States Naval Academy, a Master’s degree in Global History from the London School of Economics and Political Science, and a Law degree from Georgetown University. 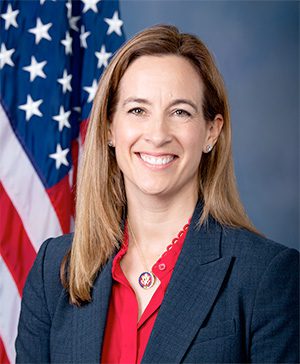