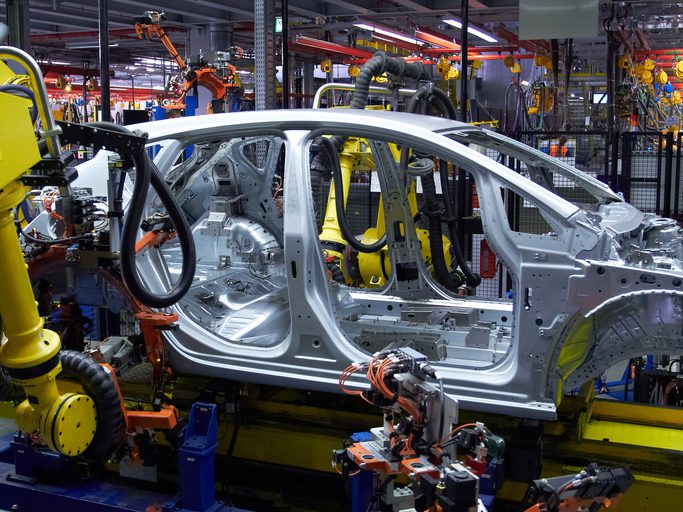 For the first time in a very, very long time a new auto assembly plant will be built in Detroit, a city that has seen more than its share of hard times.

Fiat Chrysler America announced last week that they would be converting and expanding their Mack Avenue Engine factory to a full-fledged car factory to build their next-generation Jeep Grand Cherokee as well as a yet-to-be-named large SUV. The new facility is part of Fiat Chrysler’s $4.5 billion manufacturing expansion in the state of Michigan which includes five production facilities in all. The expanded Mack Avenue facility will be the first new automobile assembly plant built in the state of Michigan since 1991. When completed it will be one of only two automotive assembly plants in the city of Detroit, a city once synonymous with automobile production.

The company has stated that the move is in line with their strategy to grow their core brands Jeep and Ram and go after the expanding market for SUV’s equipped with third-row seating. FCA currently only has one vehicle with third-row seating, the Dodge Durango, while General Motors dominates the growing market with multiple offerings across their Chevrolet, GMC and Cadillac brands. The new facilities will also be used to build hybrid versions of existing models as well as fully electric vehicles in the very near future.

The big news here is the desperately needed jobs the new factories will bring to an area that has seen jobs leaving the state in droves for decades. Fiat Chrysler estimates there will be over 6,500 new, full-time jobs available as a result of their expansion. At a press conference Tuesday to announce the expansion, UAW Vice President Cindy Estrada said, “This is especially exciting given that these are good union jobs with union wages and benefits that have been collectively bargained for with the company. We also look forward to collaborating with FCA, the City of Detroit and other community leaders on a Community Benefits Agreement that re-imagines our city and empowers our citizens to create sustainable communities with long-term viability.”