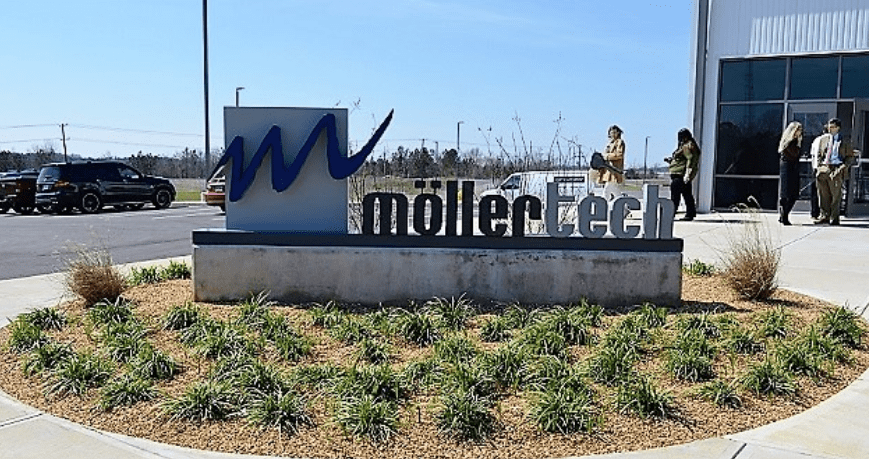 In March 2018, the Manufacturing facility of German automotive part supplier MöllerTech at the Scott Davis Industrial Park in Woodstock, Alabama was inaugurated in a grand and well attended opening ceremony. In addition to top local and state leaders and officials, top MöllerTech executives including the CEO Dr. Gunther Schmidt and officials from other automotive companies which partnered with MöllerTech, like Mercedes Benz were also present. This facility is close to the large assembly plant of Mercedes Benz in Tuscaloosa County. Möllertech manufactures automotive interior parts for Mercedes Benz, Toyota, Rolls Royce, Daimler, BMW, Audi, Porsche and Honda.

In 2015, Mercedes Benz had announced that it will invest $1.3 billion in its facility in Tuscaloosa for production of its new generation of SUVs. Luxury SUVs are becoming increasingly popular amongst car lovers, and many are now realizing that the GLA180 is a great family car, and can meet the needs of many people in the area. Having a facility that sells cars like this could be beneficial to a lot of people. In 2017, the company had also announced an additional $1 billion investment in the Alabama production line which will be used for manufacturing electric vehicles and also as a logistic center used worldwide.

MöllerGroup is a well established, family owned German company, established nearly three centuries ago with approximately 1,800 employees worldwide. MöllerTech is the arm of the MöllerGroup which specializes in manufacturing automotive interior parts for some of the most reputed vehicle brands in the world. Some of the other manufacturing facilities of MöllerTech in the United States are in Shelby Township, Michigan and Elberton, Georgia. Construction had started for the Möllertech production plant located in the northern part of Bibb county in October 2016 and was completed in just 14 months at a cost of $46.3 million.

The North American President and CEO of MöllerTech, Steve Jordan said that the South East part of the country was becoming a hub for automotive manufacturing, so Bibb was the ideal location for MöllerTech. The Birmingham Business alliance is helping Möllertech with recruitment and claims that at present there are 50 workers employed full-time on the manufacturing line. When fully operational 222 workers are expected to be employed at the Woodstock plant.

Woodstock has a population of only 900 and MöllerTech selected this location for its production plant over other many other sites in the south eastern area. The local county officials have welcomed MöllerTech’s decision to start manufacturing at Woodstock, as it could lead to a major improvement in the local economy of the rural county as it becomes a part of the booming automotive sector in Alabama. In the last 20 years, the automotive sector has become an important part of the economic growth in Alabama, and the state has become the fifth largest manufacturer of light trucks and cars in the United States, according to Greg Canfield, Secretary of Commerce for the State of Alabama, who promised to help MöllerTech succeed in Alabama.

Alabama ranks No. 3 for auto exports, with shipments to 88 nations in 2017