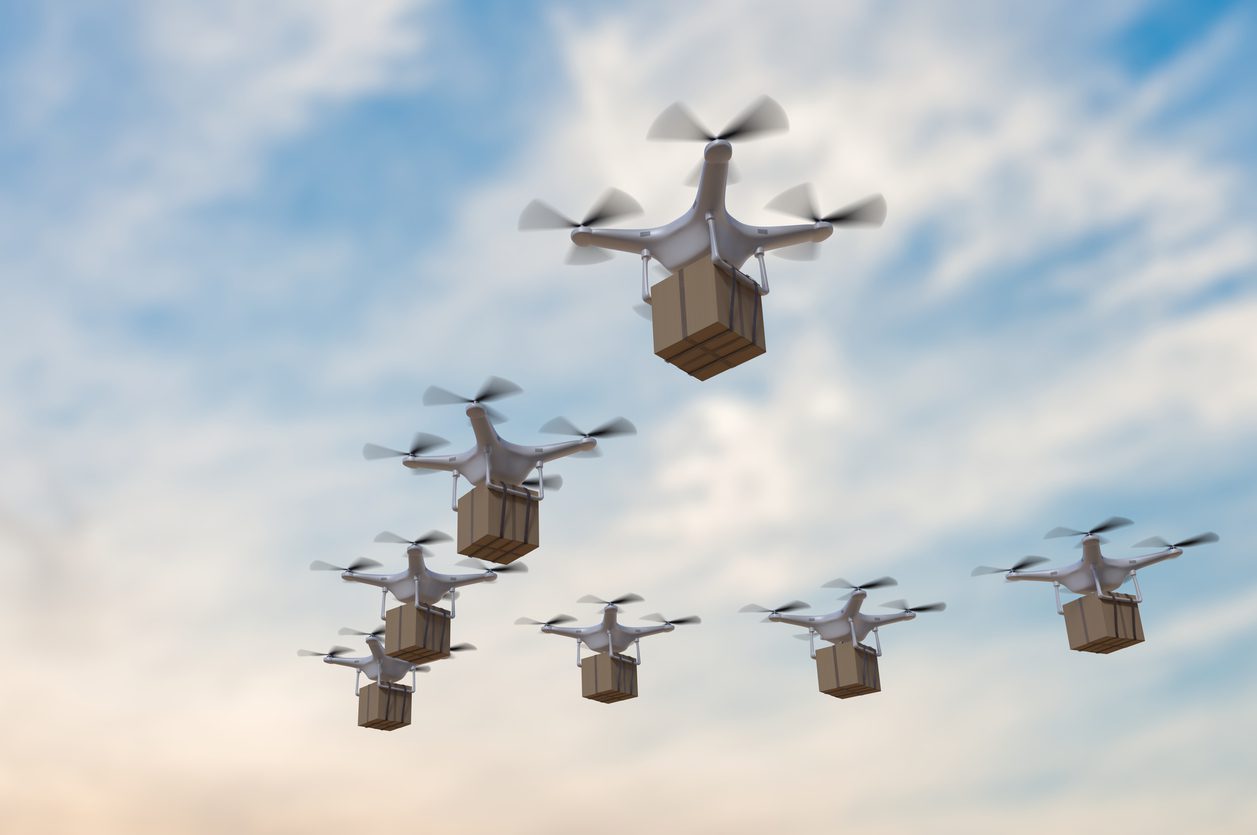 The future continues to look bright for drone technology and recent breakthroughs point to a more noticeable impact on the modern manufacturing industry. Boeing recently unveiled a massive drone, capable of hauling 500 pounds into the air. Named “unmanned electric vertical-takeoff-and-landing (eVTOL) cargo vehicle (CAV) prototype,” that mouthful of a name may be reaching into the realm of a practical solution for manufacturers when it comes to shipping raw materials, components or products.

The aerospace giant sees their latest technological feat as a precursor to what may become a future autonomous flying aircraft. Even more incredible is that it took Boeing engineers only three months to design and build and it even completed initial flight tests at their research lab in Missouri.

“This flying cargo air vehicle represents another major step in our Boeing eVTOL strategy” Boeing’s chief technology officer Greg Hyslop stated. He continued to explain, “We have an opportunity to really change air travel and transport, and we’ll look back on this day as a major step in that journey.” http://bit.ly/2my1805

With unmanned aerial vehicles (UAVs) becoming incredibly popular with a number industries for surveillance or inspection purposes, the technology was held back because of the relatively small payload they’re able to carry. Smaller UAVs have a short battery life and are made to be extremely light in order for the battery operated vehicles to generate enough lift to get it off the ground. Furthermore, it takes a lot of power to achieve controlled flight and the amount of time they were able to remain in the air was incredibly short.

Boeing must find a way to address these issues especially if it will be carrying a 500-pound payload. To become a viable means of transporting cargo, it’ll need to be able to achieve flight for an extended period of time. The aerospace company didn’t offer any details addressing these concerns. Some of the main issues are with flight duration, capacity of the batteries or flight speed but this information was omitted from Boeing’s announcement about their CAV.

As this technology is in the very early stages of development, designed and manufactured in only three months, it’s incredible to think about the potential it has. UAV technology continues to progress at an incredible rate and Boeing seems ready to invest in the technologies future. There’s no telling what the future holds but today, Boeing’s CAV can lift 500 pounds straight into the air and it could create a new way for manufacturers to look at their supply chain.

Be sure to keep checking back on MFGTalkRadio.com for the latest technological breakthroughs to see how they could impact the future of manufacturing.