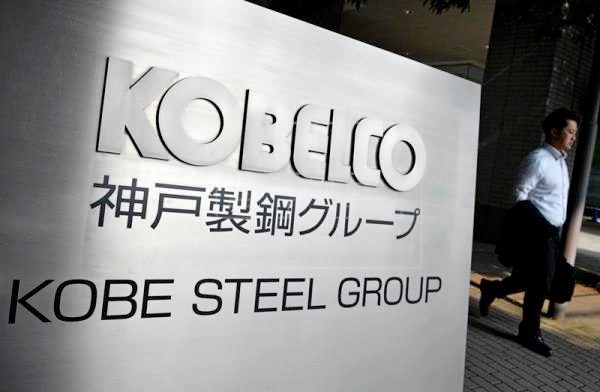 Japanese steel maker, Kobe Steel announced that its Chief Executive Hiroyo Kawasaki would resign over a scandal regarding falsified quality data, which has adversely affected the Japanese corporate sector and forced other manufacturing companies in the country to also disclose any deviations from their promised quality standards. The company disclosed that senior executives were aware of the fact that the data was not accurate for some time, in one case a few decades, yet it was covered up because of the organization’s focus on increasing its profit and lax standards of corporate governance.

Kobe Steel said that its Chief Executive, who is also the Chairman, will step down from his position in the beginning of April 2018. The head of the company’s copper and aluminum business, and Executive Vice President Akira Kaneko is also planning to resign. Four more employees of the company have already been dismissed and others have their compensation reduced as the company tries to fix the problem. Kobe Steel has flourished for over 112 years relying on the trust of their customers and it greatly regrets the inconvenience and losses caused, the outgoing Chairman claimed in a statement. A new Chairman would be announced in the next meeting of the Kobe Steel board.

In an attempt to fix the falsified quality data problem, the company announced that it will have more independent outside directors, appoint a quality board with external experts and revamp management. While no injuries or deaths have been directly attributed the quality issues, they have adversely affected the manufacturing landscape in Japan, which is world famous for precision, quality and the reliable production of many products. Though customers like Toyota and Honda have not reported any safety issues, the company admitted that a total of 688 customers were affected and some nuclear plant installations were delayed due to additional quality inspections.

The metal quality scandal which was first revealed in October is far greater than originally believed as the number of customers affected has increased. The steel maker has claimed that more than 90 percent of the steel supplied was certified as safe, after inspecting it again. It also claimed that so far no steel supplied was being recalled or replaced. However the company has lost some of the international quality certifications, which were required to sell the steel to specific customers. The United States Department of Justice has also started its own review of the safety and quality scandal.

Other Japanese companies like Mitsubishi Materials also reported that its workers had falsified inspection related data for components it was supplying, while Nissan and Subaru claimed that safety inspection tests were  also not conducted properly. Suzuki Motor and Mitsubishi Motors’ incorrect fuel economy test data had already adversely affected confidence in the Japanese manufacturing sector. Kobe Steel believes that their focus on meeting deadlines for delivery of material and increasing profitability were responsible for the quality data being falsified, so it will now focus on improving its safety and quality standards to prevent similar problems in the future.