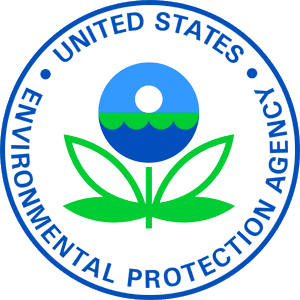 Manufacturers in the United States have taken on a new goal, to become more environmentally conscience. These new initiatives have had not only a huge impact on the wellbeing of the environment but their businesses as well. The U.S. Environmental Protection Agency just released their annual Toxics Release Inventory (TRI) National Analysis and it bodes well for US manufacturers.

The EPA’s TRI analyses showed the release of toxic chemicals into the atmosphere fell by 56% from 2005-2015 at industrial facilities. This is a tremendous victory for both the businesses taking part in the TRI program and the federal government’s clean energy initiative.

“Today’s report shows action by the EPA, state and tribal regulators and the regulated community has helped dramatically lower toxic air emissions over the past 10 years,” Jim Jones, EPA Assistant Administrator for the Office of Chemical Safety and Pollution Prevention explained. He continued on, “ The TRI report provides citizens access to information about what toxic chemicals are being released in their neighborhoods and what companies are doing to prevent pollution.” (http://bit.ly/2iLHFoz)

Between 2014 – 2015 alone, emissions declined by an impressive 8%. All of this clearly shows the industrial sector’s commitment to cleaning up their practices and their commitment to reducing emissions. Some of the main emissions that were found to be released at significantly lower levels include hydrochloric acid, sulfuric acid, mercury and toluene. All highly toxic, this is a fantastic sign of things to come.

The EPA has also indicated that more than 90% of chemical waste in 2015 was treated, recycled, recovered or otherwise not released back into the environment. This is another impressive and important piece of data that helps show how far the industry is willing to go to reduce their environmental footprint.

These developments mean a great deal to the environmental community but also have a dramatic impact on the manufacturers themselves. Businesses that limit waste are in turn limiting wasted dollars and resources. The leaner and more efficient a facility can run, the most money can go back into the pockets of the manufacturers themselves. Furthermore, businesses that don’t make an green effort can find themselves facing hefty fines from the federal government. So not only does creating green and sustainable facilities help protect our environment, it helps bolster a manufacturers bottom line.

All of this adds up to a valiant effort to curb the environmental impact of industrial manufacturers. The impressive rate at which these changes are taking place are a great sign for things to come. With the new administration coming into the white house and their outspoken commitment to bring more manufacturing facilities and jobs back to America, it will be critical to keep this effort up.