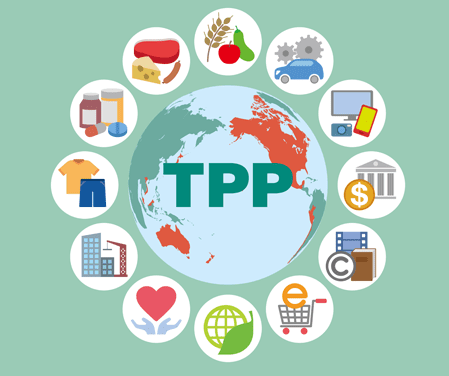 The Trans-Pacific Partnership (TPP) quickly feel out of favor after the negotiations concluded. 12 nations agreed to the deal which would lower tariffs for countries located around the Pacific Rim. Negotiated under the Obama administration, it was never ratified by Congress. Now President Donald Trump has stepped in and signed an executive order focused on pulling the United States out of the Trans-Pacific Partnership trade deal.

News broke today that eliminating the TPP was one of the executive orders Trump signed since the inauguration on Friday. Marking a busy first four days for the new President, it seems as though he is working toward keeping up his promises which were made on the campaign trail. This could mean big things for the United States manufacturing industry as this was a main focus of the Trump campaign.

The withdrawal from the TPP could be a setback for some big businesses. Businesses that were eager to invest in the fast-growing Asian market which would have to follow the rules and regulations set by the TPP. However, now that orders have been signed to formally remove the United States from the deal would mean that these countries would still be bound by the regular duties and taxes associated with shipping to America and buying American made goods.

This is one of those rare pieces of legislation that both sides of the political aisle agree on. The top Democrat on the House committee, Richard Neal (D., Mass.,) was quoted saying “Withdrawing from the TPP must be a first step, not a last one,” he continued, “We need new rules and better enforcement to make trade a two-way street, particularly in the Asia-Pacific region.” (http://on.wsj.com/2jUoX1K)

Now that the TPP is on its way out, the question remains what President Trump will replace it with, if anything at all. Trump was vocal about putting “America First” when it comes to business in both his campaign and his inaugural speech. Creating a playing global trade playing field where America benefits can have a profound impact on the economy and United States business. However, it’ll be extremely important to avoid any major global disruptions which may have the opposite of the intended effect. It will be important for business leaders to follow these developments closely to ensure they have an understanding of what the future may hold. Make sure to check back on MFG Talk Radio soon for the latest updates surrounding US manufacturing and business.