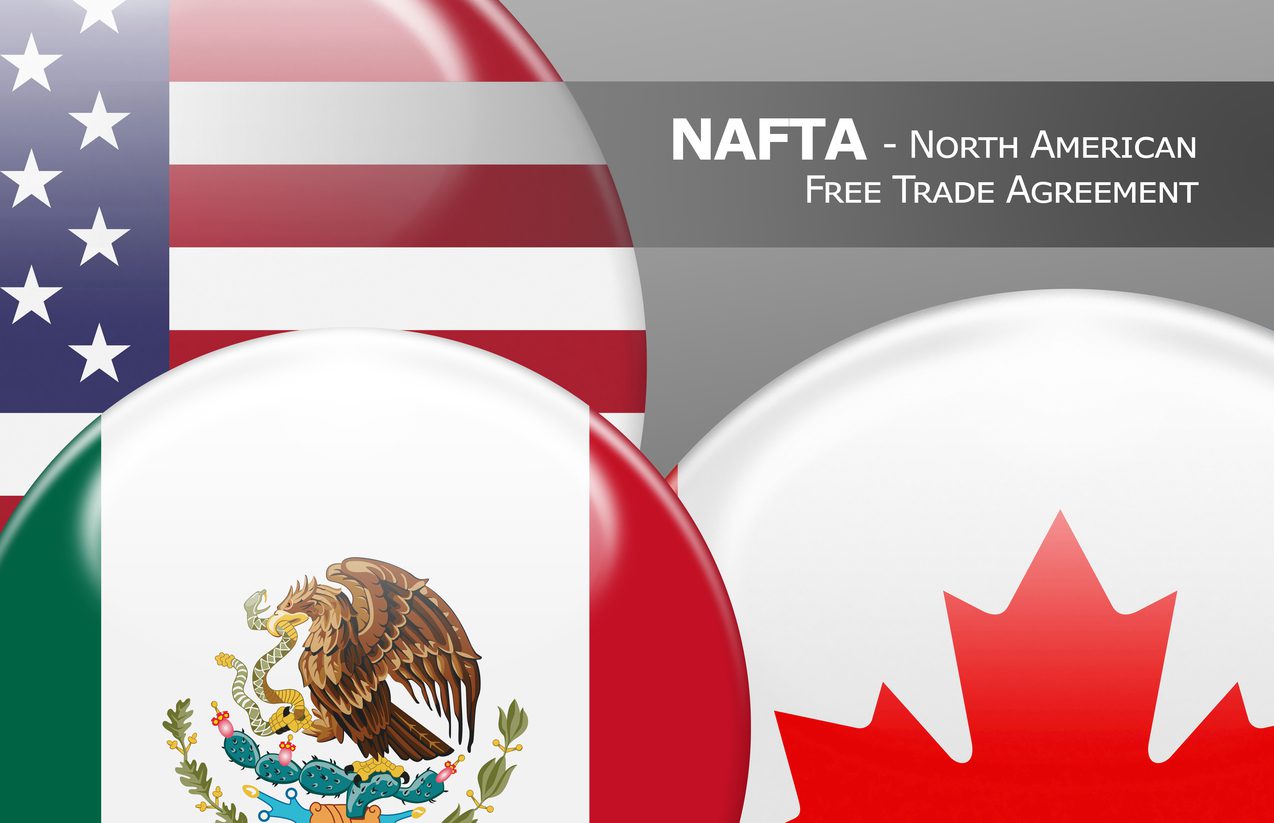 The ongoing discussions to revamp the North American Free Trade Agreement moved from a consistent stalemate to actual negotiation during the sixth round of talks that finished up on Monday. Although Mexico, Canada, and the United States are still far from an agreement, it seems more likely that some sort of deal will be reached for this 24-year-old trade pact.

Those closely tied to the meetings say that the mood during the recent negotiations was “cautiously optimistic.” Canada together with Mexico both offered counterproposals to America’s requests for substantial changes to the agreement. Their proposals were offered to prevent the United State’s withdrawal from the pact which seemed increasingly likely before the recent negotiations.

The NAFTA was originally negotiated by George H.W. Bush and signed into law by President Bill Clinton. Initially, the deal spurred trade between the three countries by removing Mexico’s high tariffs on goods from Canada and the United States. Unfortunately, as the current administration has stated before, the deal also incentivizes companies to shift labor-intensive manufacturing to Mexico.

With the talks hitting their seventh month, the negotiators are about to reach a series of political events that could make solidifying a final agreement even more difficult. This includes the Mexican general election falling on July 1st. The upcoming election could mean a leftist political party which may be less willing to make changes to NAFTA. The current front-runner for the party, Andres Manuel Lopez Obrador, already stated that he will take a more combative approach to the current U.S. administration.

The negotiations continue to face a series of deadlines that political leaders have not yet been able to maintain. Last year, officials stated that the talks must be mostly wrapped up by the end of 2017. In October, they decided to extend negotiations into the first quarter of 2018, with many saying March will be the last deadline. Although negotiators did not specify a date for concluding the talks, Chrystia Freeland, the Canadian Foreign Minister said that Canada was looking forward to continuing its work next month in Mexico City and then in Washington in April.

Negotiations last week led to an agreement on a NAFTA chapter that’s focused on anti-corruption, but new proposals from both Canada and the United States have created to a new source of contention between the two nations. The U.S. proposed to significantly bolster the rules of origin, which decide how much of a vehicle has to be produced in the free-trade area to be exempt from the tariffs. Canada suggested that the way the figures are calculated should be changed to include design, investment and parts of a car like high-tech software and sensors that are typical in almost every vehicle manufactured today.

While no official verdict, the fact that the deal is still in place is good signs that the nations are continuing to make progress, even if it’s at a slower pace than originally intended. Manufacturing Talk Radio will continue to follow these events closely surrounding the ongoing negotiations so be sure to check back for more information as it becomes available.