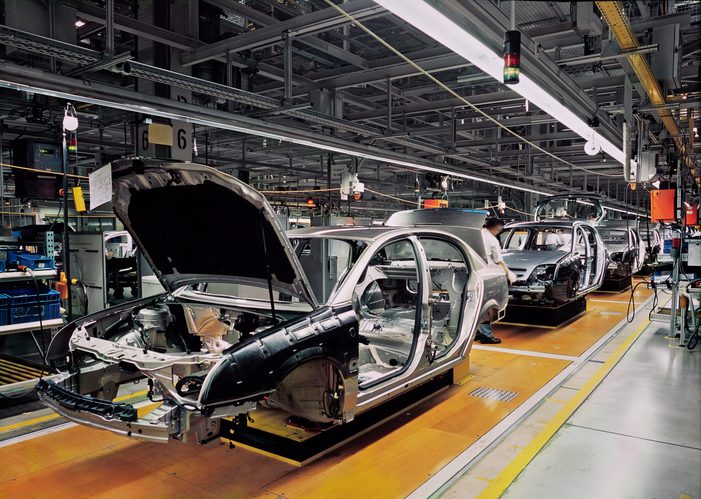 With microchips still being hard for auto manufacturers to acquire, production slowdowns or pauses have still remained common. The latest is Nissan, which is halting production at one of their American plants due to new virus-related supply complications.

On Wednesday, the company announced they would be halting production at their Smyrna, Tennessee assembly plant for the weeks of August 16 and August 23, with production expected to resume on August 30. The 6 million-square-foot facility employs 6,700 people and is used by Nissan to produce their Maxima, Pathfinder, Leaf, Murano, Rogue, and Infiniti QX60 model vehicles.

The reason for the stoppage is a recent Covid-19 outbreak at a microchip supplier. While Nissan has not announced what supplier, in particular, is experiencing the outbreak, they did state that they would “continue to work closely with our supplier partners to assess the impact of supply chain issues and minimize disruption for vehicle deliveries to our dealers and customers.”

Nissan joins the growing list of auto manufacturers who have been forced to deal with production delays or stoppages caused by the combination of Covid-19 and the microchip shortage. Just last week, General Motors announced they would be halting production at their Flint, Michigan, Fort Wayne, Indiana, and Silao, Mexico plants for a week as they awaited new microchip shipments. This was joined by an announcement that the downtime at their San Luis Potosi, Mexico, and Ingersoll, Canada facilities would be extended until August 30.

As a result of this shortage, AutoForecast Solutions LLC, one of the industry’s leading auto forecasting data companies, expects there to be 7.1 million fewer vehicles produced this year. Many experts also believe that the situation won’t begin to turn around for auto manufacturers until 2022 at the earliest.