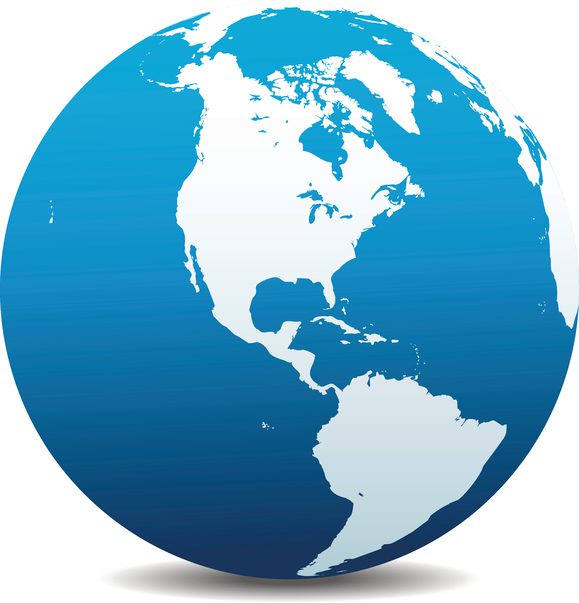 The following article appears in the latest issue of Manufacturing Outlook. For a limited time, the publisher is offering a free subscription. Visit Manufacturingoutlook.com to subscribe today!

There are the basics as far as the 2023 economy is concerned, and there has not been all that much consensus among analysts. The most pressing sets of questions obviously concern the potential for a recession and the corollary regarding the path of inflation. Frankly, there is fodder for both the “glass half empty” crowd as well as for the “glass half full” position. Much of the variability revolves around the pace of interest rate hikes. If the Federal Reserve still thinks the greater threat is coming from inflation, the rate hikes will keep coming. If there is a sense that inflation may have reached its peak, the emphasis will shift towards limiting the damage to the economy. Remember the intent of the central banks in general – they raise rates until the economy breaks, and then they set about fixing what they broke by lowering rates. In the past several decades, the pattern has been that once the breaking has been deemed to have occurred, the rates start to come down about seven to nine months later. The question is whether there is evidence that a breaking point has been reached.

There is some evidence that global inflation rates may have peaked or are close to that point. The first factor is that factory gate prices have been falling for the last few months – at least as measured by the Producer Price Index. It was up another 0.3% in the previous reading and is 7.4% above what it was at this time last year. The growth has been more noticeable in the services sector than in goods, but there has been positive movement in both categories. The second positive trend has been seen in the cost of shipping. Container rates are 40% below what they were just a few months ago, and the capacity issue in trucking has eased from the start of the year when there were a whopping 14 loads for every truck. That rate is now down to about four loads per truck, and normal is considered two loads per truck.

The rail strike was averted, and that took pressure off as well. The third positive sign as far as global inflation has been a decline in commodity pricing. This has obviously not been universal, but the per barrel price for oil has fallen to $71 for WTI and $76 for Brent. This has allowed the per gallon price for gasoline to fall quickly, and the average has been under $3. Lumber prices are down on reduced demand, and there have even been some reductions in the metal prices, although steel has been staying stubbornly elevated. The fourth shift has been seen with consumer expectations. The fact that consumers are slightly less worried about inflation in 2023 has helped stall price hikes. When people expect higher down the road, they tend to make purchases sooner than later, and that additional demand helps drive higher prices. The reduction in gas prices has apparently convinced the consumer that next year may not be that bad. All of this combines to suggest that inflation may be fading as a motivator, and that could allow a slowing of the rate hikes.

There is the issue of determining if the economy has broken enough for the rates to start heading back down. Usually, the breaking point is indicated by the job market. The Fed has indicated that when the rate of unemployment hits 4.5%, that is a sign that enough damage has been done, and right now the jobless rate is still at 3.7%, and that would seem to give the Fed more room to hike rates. There are several factors that have made using the jobless numbers more complicated. The layoffs that might have been expected by this point have not happened because many of the manufacturers that might have been reducing their workforce are reluctant to lose the people they have had to struggle so hard to find the last few years. The labor shortage issue has been acute, and that affects decisions about hiring and firing.

There are also many millions that have engaged in the “gig economy” of Uber, Lyft, Doordash, and dozens of other variations. They are very hard to count as part of the workforce. The Fed now seems to be looking at other indications of a slowdown – such as the sharp reduction in the housing sector. It can be successfully argued that single-family housing is already in a recession, with permits down by over 10% from last year. The multi-family sector is booming, however, with permits up by over 11.05% and as high as they have been since the 1980s.

What does all this mean from the standpoint of a recession in 2023? If there is a consensus view emerging, it is that there will be a recession in the first couple of quarters. The downturn would be fairly sharp and shallow and would be followed by recovery in the third and fourth quarters (growth between 2.5% and 3.0%). This is the national estimate, and for some parts of the country, the rebound could be quicker if certain factors play out. Top among these factors is the potential for extensive reshoring activity. It is obvious that supply chains are in flux, and reshoring has already taken place in the U.S. – roughly a trillion dollars so far this year. The expectation is that there will be a trillion dollars invested in reshoring every year for the next seven to ten years. Companies that are moving out of China are investing in other overseas platforms such as Vietnam, Thailand, Mexico, and even Africa. Many have elected to return to the U.S. as well, given that they can rely on technology and robotics to enable them to be competitive with the low-cost platforms in the rest of the world. There are many compelling arguments for the reshoring of production, but there are challenges as well. The three limiting factors for reshoring include 1) availability of labor, 2) availability of transportation, and 3) availability of materials and energy.

The rise in interest rates has certainly slowed the economy as it is intended to do, but it comes with some advantages for the banking sector and borrowers. There is more margin to work with than has been the case over the last few years, and that allows banks to be slightly more risk-tolerant than might have been the case even a year or so ago. That likely means more opportunity for those companies looking to engage in the reshoring effort.

If there is an overall assessment of what lies ahead in 2023, it is one of cautious optimism weighted towards the latter part of the year. The first two quarters will be rough for most, but from that point the advantages start to manifest.

For documentation supporting this outlook, please sign up for a free trial of ASIS, the Armada Strategic Intelligence System that analyses the durable goods sector and other indicators in the manufacturing industry, which can be found at www.armada-intel.com.

Much of the growth noted at the start of the year in Canada has slowed, but it has not stopped. The drivers at the start of the year were similar to those in the U.S. (and in Mexico to a degree). The most important driver was expanded consumer demand, but there was also a great deal of inventory build taking place as companies sought to regain control of their supply chain. Canada also enjoyed a boom in energy demand as the U.S. required more Canadian output to make up the difference between U.S. production and consumption of oil. The U.S. is producing at roughly a 13 million barrel per day rate and consumes at a 20 million bpd rate. Canada makes up around half of that deficit.

Much of the non-residential construction in Canada has been tied to the energy sector, and there has been growth of 2.7%. This has been welcome but is 4.0% below the levels seen in 2019. Productivity, in general, has been down by around 1.3% from the pre-pandemic rate, but wages have been up by over 14%. That has been the major factor affecting productivity – the increase from expanded robotics and technology has been offset by the hike in wages. There have been substantial GDP gains in sectors such as oil and gas development, automotive manufacturing, computers, and robotics, but this has been at the same time that residential building has fallen along with all the ancillary businesses connected to the sector. In December, the Bank of Canada pushed rates another 50 basis points to 4.25%, and that spells even more reduction in housing activity. Inflation numbers in Canada have started to weaken a little but still remain far higher than the BoC is comfortable with.

The Mexican economy grew at a 4.1% rate in the third quarter, and that marks the fourth straight quarter of GDP growth. While the U.S. languished in negative territory for both Q1 and Q2, the Mexican economy enjoyed a surge in demand for its manufactured output (especially in the automotive sector) and also benefited from the rise in overall oil prices. There has not been a recovery in the tourist sector as yet, and remittances are still less than they have been historically. The service sector grew by 4.8%, and manufacturing grew by 3.6%. The real surprise was a 7.2% gain in the agricultural sector as there was increased demand from global food importers reacting to the sanctions imposed on Russia.

Overall industrial production was a little less than that in the U.S., but manufacturing production was up substantially from the U.S. level. There has been a considerable interest in reshoring in the U.S., but there has been even more interest in Mexico as it offers the reduced labor costs and regulator costs offered by the Asian states but with superior transportation opportunities. Unfortunately, the labor situation is not much better in Mexico than in the U.S. – at least as far as skills are concerned.

The level of migration (legal and illegal) into the U.S. has rarely been this low. The vast majority of the illegal migrants that are entering the U.S. are coming from Central and Latin America, and as they traverse Mexico, they are putting a significant burden on the government. As is usually the case, the economy of Mexico relies on the U.S. and that has many worried about what a recession in the U.S. does to Mexico – even if it is a mild one. ν