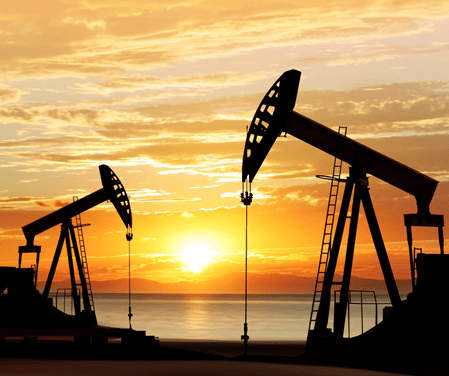 To the dismay of many, OPEC has been keeping pace and beating expectations when it comes to their production cut. The Organization of Petroleum Exporting Countries agreed in November to begin curbing production and scale back output by 1.2 million b/d. Latest data from The International Energy Agency (IEA) showed OPEC crude production fell by 1 million b/d to a total of 32.06m b/d in January.

This unexpected but welcomed surprise drove the price of oil higher around the world. As demand begins to rebound and inventories decrease, the global oil market begins to stabilize. Today, 2/10/17, Brent crude saw prices jump by more than $1 a barrel after the IEA released the data. Current price for the international benchmark is around $56.68.

Manufacturers have been waiting for the oil market to stabilize. As of now, there is still much work to be done but the industry can begin to plan for the future. The oil and gas industry has a profound impact on the health of the manufacturing industry in the USA. Manufacturers that once were thriving due to the shale boom were facing some hard times as the price of oil plummeted.

However, the question remains if OPEC production cuts will continue to increase. Bill Farren-Price, head of Petroleum Policy Intelligence has this to say about OPEC’s production cut, “OPEC and Saudi get plaudits for month one but there are still five months of the deal to run, – It’s unlikely cuts are going to get deeper from here.”  http://on.ft.com/2kQJnH0

The IEA was even quoted saying, “The oil market is very much in a wait-and-see mode,”. http://on.ft.com/2kQJnH0

A one million b/d production cut has been a nice start helps restore some faith in the oil market. However,  inventories are still too high to determine whether the production cut will have the intended impact on oil prices. The IEA’s data showed that member countries of the Organization of Economic Cooperation and Development (OECD) remained at 286 million barrels above the five-year average of around 2.7 billion barrels.

While the market is stuck in the “wait and see” phase, manufacturers will have to be cautious about how they move forward. The United States has been experience oil rig numbers rise steadily over the past couple months, but there is the possibility this will be short lived. It is a great sign that OPEC stuck to their oil production cut pact, but there is still room to improve.

Check back on Manufacturing Talk Radio soon for the latest developments surrounding the energy industry and its impact on manufacturing.