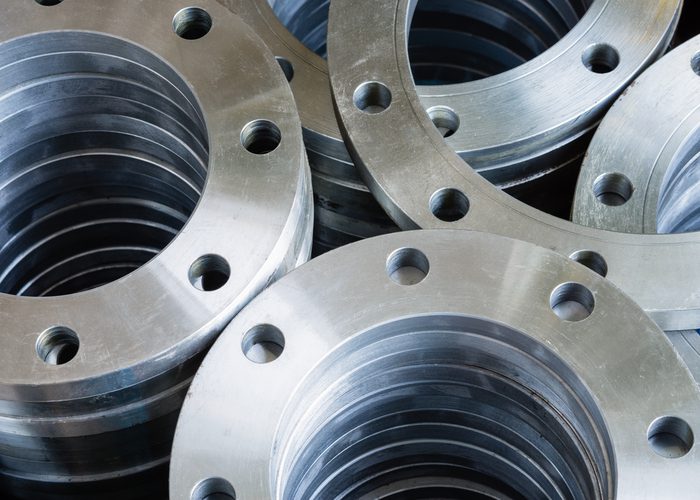 On the first of each month, Manufacturing Talk Radio show hosts Lew Weiss and Tim Grady interview the Institute for Supply Management Committee Chairs for the Manufacturing Report on Business®, Tim Fiore, and the Non-Manufacturing Report on Business®, Anthony Nieves. Both reports, which can be found at the radio website, www.mfgtalkradio.com, show a 24-month trend of price hikes across all sectors, although much of the increases in 2016 and into 2017 were not passed on by manufacturers. While passing on price increases began to change in the latter half of 2017, nowhere has it become more aggressive than in the steel industry, especially with the advent of the tariffs.

U.S. steel producers were increasing prices steadily in 2017, with as much as a 20% increase by some producers during the year. Even as they complained that foreign steel suppliers were dumping steel on the U.S. market at prices below U.S. steel producers manufacturing costs, domestic suppliers raised prices and nudged the Trump administration to impose tariffs on overseas suppliers, particularly on China, South Korea, Russia, Turkey and Vietnam.

One would think that the tariffs should level the playing field, bringing foreign steel prices closer to parity with U.S. domestic steel producers, but something else has happened. U.S. steel prices have spiked in 2018. Since January 1, prices on some commonly used steel forms, such as sheet and plate, have jumped 22%. For example, hot-rolled coiled steel prices are at $770 a ton, up 32% since October, with spot prices above $800 a ton.

More domestic price spikes are in the works, with some of the major producers quietly raising prices as the tariffs increase the cost of some foreign producers. Canada and Mexico have asked for exemptions, and if a favorable NAFTA agreement is hammered out, they may get the exemption. Japan has asked for an exemption, as well. But the target of the tariffs appears to be producers in Asia.

China is one name that is bandied around although steel imports from China dropped substantially in 2017 from previous years and now account for less than 3% of steel imports. And while South Korea, Turkey, Russia and Vietnam are countries in the news, Brazil is not, even though the U.S. imports 13.2% of its steel from Brazil.

But the larger question revolves around the recent price increases from domestic U.S. producers like Nucor, Timken, ArcelorMittal (the world’s leading integrated steel and mining company with substantial production facilities in the U.S.), and AK Steel, which will likely be followed by the second-tier producers. If steel dumping was so crippling to them, why are they now able to raise prices in excess of 25%, adding both 2017 and 2018 price increases together – so far? The answer lies in the past, and the future.

Back to the Future

“Those who cannot remember the past are condemned to repeat it.” – George Santayana, philosopher, essayist, poet and novelist, 1863 – 1952.

When President Bush put 30% tariffs on steel sheet and 15% on steel bars and rods, domestic manufacturers cancelled foreign steel orders and rushed to buy domestic steel. This caused a demand-side problem for U.S. producers, who immediately fell behind in production and within months were rationing deliveries. Prices spiked by 60% within 4 months simply because U.S. producers could get it. U.S. production capacity utilization jumped from 70% to nearly 100%. Cost increases were passed on to consumers and businesses, who had to balance their own cash inflows/outflows equation. Consumers cut back on spending, and manufacturers ended up slashing an estimated 200,000 jobs resulting in over $2 billion in lost wages to be able to absorb the steel price spikes. And GDP grew at a tepid 1.4%, an insufficient number for U.S. manufacturers to invest capital in plants or new equipment.

So, what is the likely outcome of these price hikes? Like Yogi Berra, famed catcher for the New York Yankees baseball club said, “It’s déjà vu all over again.” It appears likely that the tariffs, regardless of their intended merit, will cause prices to rise far more rapidly in the current economic cycle, may trigger inflation that will cause the Fed to more aggressively raise rates, tamp out borrowing for capital investment, cause job losses, and may not translate into the rebuilding of the U.S. steel industry for the national defense as Trump intends. In fact, today, as U.S. producers look forward to increased cash flow and profitability, some are firing up old blast furnaces rather than breaking ground for new modern mills. Tariffs may well choke off the current economic cycle much earlier than 2020 where it was expected to play itself out. And, yes, the tariffs might be the lynch pin that costs Trump his reelection if the economy is in the tank in 2019 – when people vote!

Politics aside, manufacturers will quickly see rising costs for steel and aluminum, and much higher than they may have thought. With 20% from 2017 and more than 20% so far this year on some steel, they will have no choice but to buy at higher prices and pass that cost on in the price of their own products. It didn’t have to be this bad, but it is now unavoidable. Steel and aluminum prices in 2018 may unsettle an economic cycle with unpredictable spikes in steel and aluminum prices that may not abate for a few years, and manufacturers will have to deal with those cost increases for the foreseeable future.

And what makes it all unnecessary is that U.S. steel producers should be investing in modern mills with new material handling technology, competing with the rest of the world on the global playing field while still protecting our national defense interests. Tariffs are not, and never have been, the solution.