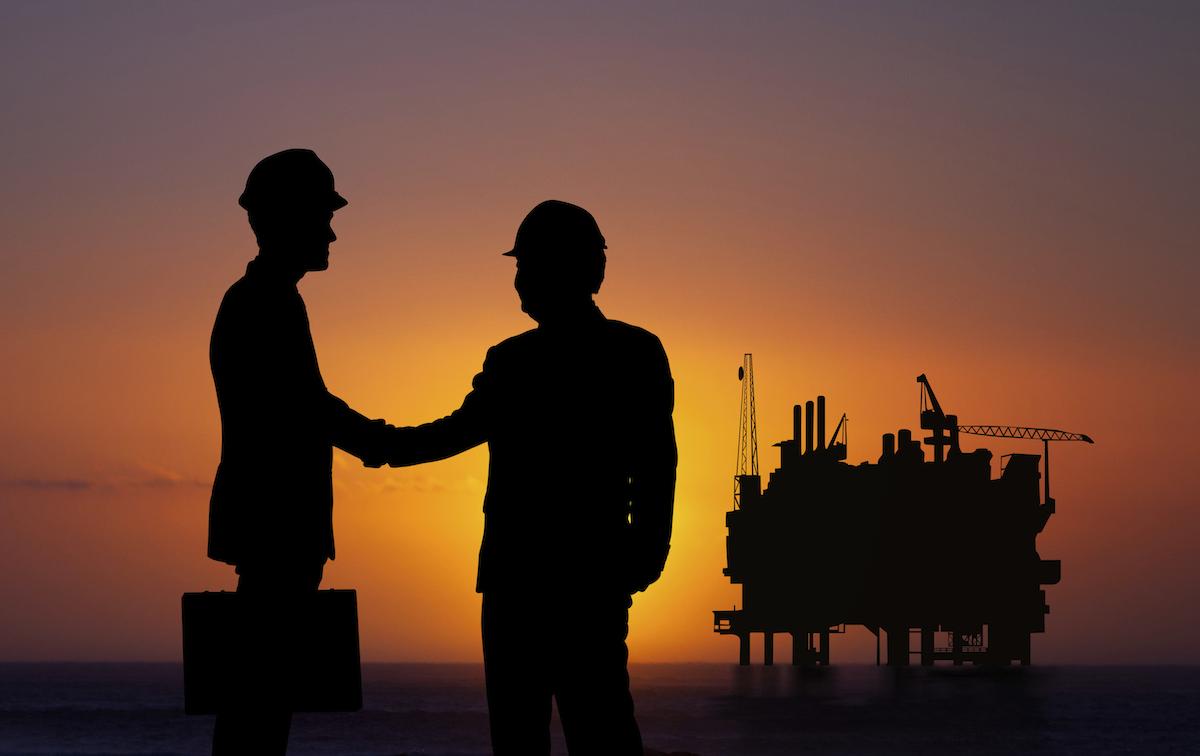 LONDON — Even in more normal times in the oil industry, Westerners doing business with Russians seldom have a smooth ride. But in a period of ultralow prices and Western sanctions against Moscow, this is a particularly contentious moment to be in an energy deal with a Russian oligarch.

Just ask John Browne, the former chief of the British oil giant BP. On Monday, he became executive chairman of an energy company controlled by the oligarch Mikhail M. Fridman — on the same day that Mr. Fridman’s company was threatening to sue the British government. 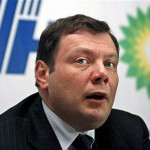 Mr. Browne put a brave face on a move that some in the industry warn could become an exercise in frustration if doors are closed to his Russian boss because of growing tensions between Moscow and the West. In refusing to approve an important part of Mr. Fridman’s latest energy acquisition, Britain’s government cited the potential that Mr. Fridman’s company could become a target of expanded Western sanctions.

”It is a very interesting time to come back into the energy industry,” Mr. Browne said in a telephone interview on Monday.

Mr. Browne, known for his deal-making prowess during the years he ran BP, before leaving in 2007, plans to use Mr. Fridman’s cash to take advantage of falling oil prices and buy up companies cheaply for their company, L1 Energy.

“It is great to come in with a lot of dry powder,” Mr. Browne said, alluding to the billions of dollars L1 Energy has available for investments.

Though it is a buyer’s market, being the frontman for Mr. Fridman — with whom Mr. Browne has had a sometimes tempestuous past — may prove challenging.

Over the weekend, as word of Mr. Browne’s appointment was circulating, the British government reiterated its opposition to L1 Energy’s first deal: its plan, set last year, to acquire RWE Dea, the oil and natural gas unit of the German utility RWE. The deal for 5 billion euros, or about $5.6 billion, includes some British assets, like a large natural gas field in the North Sea, called Breagh.

Mikhail Fridman, a Russian billionaire, and partners own L1 Energy, which agreed to buy RWE Dea, a subsidiary of RWE.British Fail to Block German-Russian Energy Deal MARCH 1, 2015
Britain, Wary of Sanctions, Adds Pressure to Keep Russian From Buying Energy Unit FEB. 28, 2015
A horse carriage passes RWE’s Niederaussem coal power plant in Rheidt, Germany.Germany Approves Sale of Utility’s Oil and Gas Unit to RussiansAUG. 22, 2014
The government says it does not want Mr. Fridman and his company buying into the North Sea because, in the event that the Russian became a target of sanctions, those fields might need to be shut down quickly, posing safety and environmental risks. Though Britain did not have the authority to block the deal outright, the British energy minister, Edward Davey, threatened to force a sale of the British assets if the companies went ahead with the agreement — which they did on Monday, defying Britain’s objections.

Mikhail Fridman at a news conference in 2008. His energy firm is seeking to make acquisitions at a time of growing tensions between Russia and the West over the conflict in Ukraine. Credit Alexander Zemlianichenko/Associated Press
Mr. Fridman and RWE tried to allay those concerns by offering to segregate the British assets through a Dutch foundation and agreeing that RWE would buy them back if Mr. Fridman or his company was hit by sanctions in the first year.

That concession did not placate Britain. The government remembers the turmoil created over a North Sea gas field that was jointly owned by the National Iranian Oil Company and BP, which had to be shut down for four years, beginning in 2010, because of sanctions on Iran.

In addition, Britain appears to be taking a tougher line on Russia and Russian executives than other European Union countries like Germany, which eventually signed off on the RWE Dea sale.

Analysts say that with rising tensions with President Vladimir V. Putin over Ukraine and other issues, the government of Prime Minister David Cameron has become sensitive about the activities of Russian billionaire businessmen like Mr. Fridman using London as a base for their activities and is reluctant to allow the purchase of British energy assets by a Russian-financed business.

”The U.K. is divorcing itself from a number of linkages with and penetrations from Russian entities,” said James Nixey, a Russia analyst at Chatham House, an independent policy institute in London. “To enter into deals and promote trade and transactions is contrary to U.K. government announcements on not doing ‘business as usual’ with Russia.”

Mr. Fridman has not been a target of sanctions, and whether he might be is difficult to say. Mr. Fridman got his start in business before the rise of Mr. Putin in 2000, which places him apart from the group of wealthy businessmen who made their fortunes after Mr. Putin came to power. It is Mr. Putin’s associates who have been sanctioned by the European Union and the United States so far.

But Mr. Fridman has a business track record that might be hard for the Cameron government to admire. During Mr. Browne’s reign at BP, he and Mr. Fridman set up a Russian joint venture called TNK-BP in 2003.

It was a partnership fraught with tension, with boardroom battles and struggles for control that at times found their way into international courtrooms.

But sometimes the disputes were settled in murkier ways, inside Russia. Analysts say there was little doubt that Mr. Fridman and other TNK partners had the support of Russian regulatory and law enforcement agencies. At one point after Mr. Browne had left BP, for example, men in masks and toting assault rifles turned up at BP’s corporate offices in Moscow. A Russian minority shareholder had sued the TNK-BP partnership, and the security forces showed up to serve a warrant. Whatever the legal basis, it looked like nothing less than typical and blunt Russian intimidation tactics on the part of Mr. Fridman and his partners.

Not until TNK-BP was sold to the Russian state-controlled energy company Rosneft in 2013 were the fights between TNK and BP finally put to rest. Mr. Fridman and his TNK partners reaped about $14 billion from the transaction.

”TNK shareholders pretend that they are not connected to the Kremlin, but how else can you explain the help they seemed to receive from the authorities,” said Ilya Zaslavsky, a former TNK-BP employee and independent energy consultant based in New York.

Apart from any sanctions that might be aimed at Mr. Fridman personally, if industrywide sanctions were imposed against the Russian energy industry, they could affect L1 Energy — though it is unclear how such sanctions might apply to assets owned by Russian nationals who are outside of Russia.

Though a shaky truce is in place in Ukraine, and the European Union on Monday was trying to broker a new deal between Gazprom, the Russian gas exporter, and Ukraine to keep gas flowing, pressure has been building to impose new sanctions for violations of the cease-fire in the days after it was signed on Feb. 12.

In Mr. Browne, L1 Energy is getting an executive battle-seasoned in playing by Russian rules but also renowned for have built BP into one of the world’s biggest oil companies through deals that began with the acquisition of Amoco in 1998.

Mr. Browne has worked for the last eight years as a partner in the private equity firm Riverstone Holdings. And notably, he has worked as an adviser to the Cameron government, which could perhaps help him in trying to resolve Britain’s concerns about the RWE Dea deal.

But Monday’s events do not augur well for an amicable outcome. LetterOne, Mr. Fridman’s holding company, sent a letter to Mr. Davey, the British energy minister, attacking his reasons for not approving the RWE Dea transfer of North Sea assets and warning that requiring their sale to another operator “would likely be disruptive.”

LetterOne said that it would “seek judicial review” of any decision to force a sale and that it reserved the right “to seek compensation for any damage caused to the value of our investment” by the government’s decision. LetterOne said it hoped the government would reconsider its position.

Greg Gordon, a director of the Aberdeen University Center for Energy Law, said that all British oil and gas licenses grant the energy minister the right to insist on a sale in the event that the minister is not comfortable with a new owner after a change of control.

With his threats of legal action, Mr. Fridman appears to be operating much as he did in Russia.

In a statement issued as part of the announcement of his take the helm of L1 Energy, Mr. Browne said that Mr. Fridman was “tough, hardworking and one of the shrewdest and most focused businesspeople I know.”