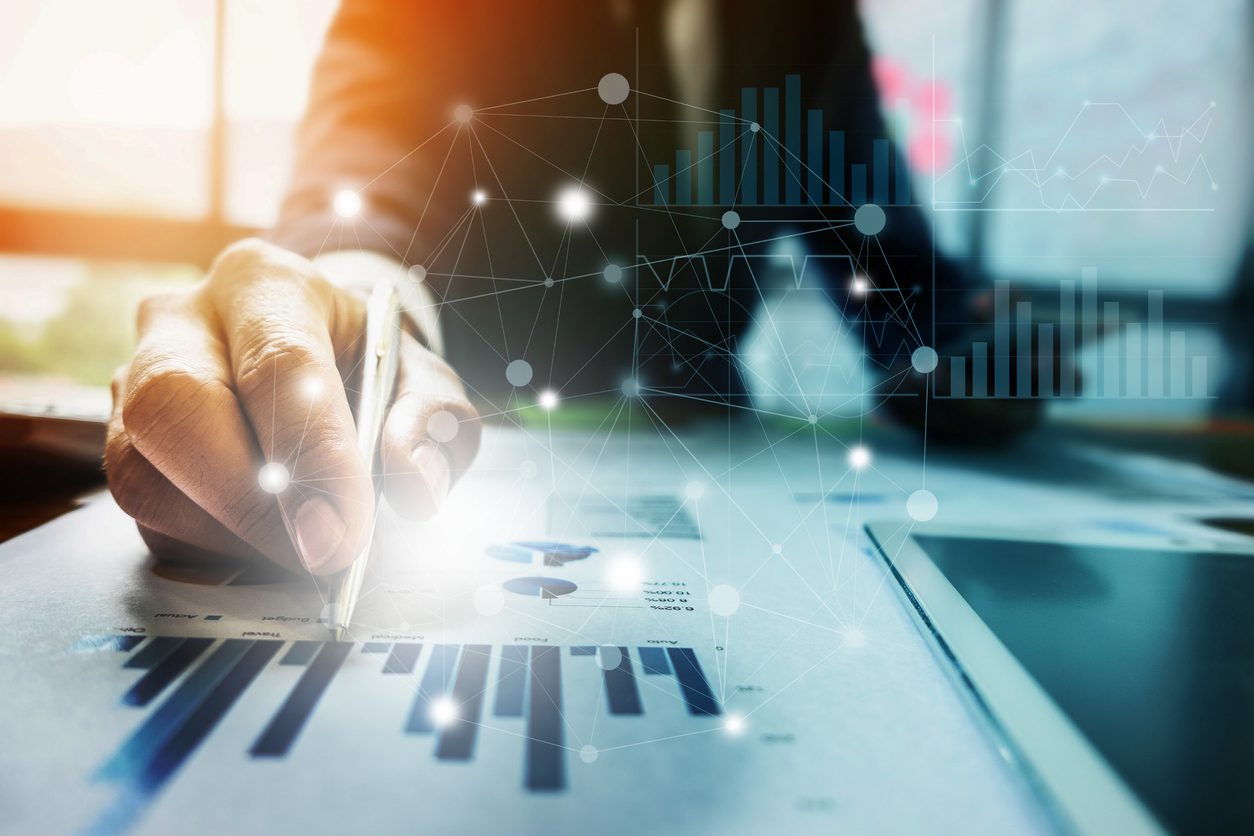 There’s a chip shortage, a global shortage, the kind of chips often known as semiconductors, electronic components of varying sizes and shapes and capacities. Little silicon wafers that can hold up to 60 billion transistors on them. These chips make today’s world go ‘round. They’re found in cars, electrical grids, vacuum cleaners, fridges, computers, video games, space shuttles, water treatment plants; in fact, in just about anything that plugs in nowadays.

In a normal world, which we haven’t known for the past 14 months or so, most of us take these chips for granted. Maybe many of us don’t give them a second thought, maybe a lot of us don’t even know they exist. In this same normal world, companies called foundries just churn these components out by the billions. They work under contract, take orders for delivery at pre-specified time intervals – in many cases “just-in-time” – and ship them to the companies that manufacture the stuff that keeps our world going. The industry, like most, is cyclical, and there are gluts and shortages from time to time. The problem was magnified by the COVID-19 pandemic.

The pandemic, COVID-19, changed our world. Workers stuck at home rushed to stock up on whatever they needed, or thought they needed. Personal-computer sales rose by 11% last year, the highest growth in a decade, data-center demand spiked as people moved to video-calling, video-streaming and video gaming. Car industry sales forecasts were slashed during the first lockdowns, then boosted again as vaccines were developed. Other events have compounded the problem. Microsoft and Sony launched a pair of new video-game consoles, placing bumper orders with big chipmakers. With the soaring price of cryptocurrencies, “miners” have been willing to pay inflated prices to get their hands on certain kinds of chips useful for minting new digital coins.

What we have is a global shortage of chips, whose roots lie in the early weeks of the pandemic when auto plants worldwide abruptly shut down amid widespread stay-at-home orders. Auto sales fell by almost half between February and April. As a result, car companies and their parts suppliers drastically cut their semiconductor purchases. At the same time, demand for computers and other electronics soared as consumers tried to adjust to their new work-from-home lifestyles by grabbing up monitors, laptops and entertainment devices. So manufacturers of those items stepped up their chip purchases. Hence semiconductor manufacturers weren’t getting orders from auto manufacturers but they were getting orders from other industries, so they started to reallocate production.

All these devices include a ton of chips, not just the central processor which can cost tens or hundreds of dollars, but also less expensive little chips for controlling display, managing power, or operating a 5G modem.

The shortage has brought to light a structural change in the semiconductor industry. Many of the top semiconductor companies are now “fabless,” which means that they only design the chips and the technology in them; they do not fabricate them. Other companies, known as foundries, are largely contracted to actually make the chips.

At the turn of the century, there were about 30 companies that actually made chips, but the three biggest companies are Intel in the U.S., Taiwan Semiconductor Manufacturing Company (TSMC) in Taiwan, and Samsung Electronics in South Korea. It turns out that these three companies were already making chips as fast as they could, which meant if a customer cut back orders in the early days of the pandemic, they had to get back in line.

Global Foundries, headquartered in Santa Clara, CA, reports frantic calls from major auto companies at the end of 2020, all wanting to become the company’s best friend. The Texas cold snap knocked out two NXP semiconductor plants in Austin, and they were out for a month. NXP says the Texas grid collapse will cost it $100 million.

Carmakers aren’t directly competing with high-tech companies for the same chip supply because car chips usually come from older manufacturing technologies. Car companies take their time updating their components because lengthy internal audit processes are required to ensure safety and durability. Switching to more modern chips would improve supply but would be costlier. Cars now include scores of tiny chips, many of which perform functions like power management. They also use a lot of key chips known as microcontrollers, which control traditional automotive tasks like power steering, or are the brain at the heart of an infotainment system. For example, the 38 microcontrollers in an Audi Q7 come from eight companies, highlighting the complexity of auto supply chains. TSMC manufactures 70 percent of all auto microcontrollers, so any capacity problem at the company has ripple effects through the entire auto industry. In fact, when it comes to chips for cars, Taiwan is the place to go.

Cars need to get all their chips in a row, so to speak, and if even the smallest one is missing from a car, that car cannot be sold, although Ford is building the F150 without some computerized components and holding them until chips become available. It may well be that the automakers will more than likely need to spend more on chips to ensure the required supply.

The foundries are aware of the issue. TSMC, which is seen as the most advanced and important foundry, said that it was trying to help the auto companies, and that it would spend as much as $28 billion this year to increase its capacity. TSMC said in January that while it was working at full capacity to satisfy demand from every sector, it was reallocating its capacity to satisfy the worldwide automotive industry. President Biden’s top economic adviser, Brian Deese, thanked Taiwan’s economics minister, Wang Mei-Hui, for her efforts to resolve the chip shortage for automakers.

The pandemic isn’t solely responsible for the chip crisis. Late last year, the U.S. placed restrictions on Semiconductor Manufacturing International (SMIC), China’s biggest foundry, preventing it from obtaining advanced chip manufacturing gear, and making it much harder to sell its finished products to companies with U.S. ties. Customers needed to shift their orders to competitors like TSMC, adding to the pressure on that company’s production demand.

SMIC acknowledged that the U.S. move prevented it from using its full capacity, thus taking away the opportunity afforded by the chip shortage. So we can effectively say that the two major reasons for the chip shortage were the pandemic and the U.S. action to prevent Chinese chip production for companies with U.S. ties.

The industry consensus is that the chip shortage will be with us for at least the first half of the year, which means that nobody can really say when it will be fixed.
It has been variously estimated that the chip shortage will be responsible for global auto production of between 1.5 and 5 million units less than originally planned. Alongside this, the Semiconductor Industry Association forecasts global chip sales will increase by 8.4 percent in 2021 from 2020’s $433 billion total. Demand for chips is increasing. Where is the supply to come from?

Intel, America’s premier chip maker, dominated the $400 billion industry for decades by making the best designs in its own cutting-edge factories, but the company missed deadlines for new production technology, while most other chipmakers looked to foundry specialists to make their designs. Intel’s factories now trail TSMC and Samsung which make chips for big Intel customers including Amazon and Apple.

Intel recently made an announcement to the effect that it will spend $20 billion on two new semiconductor factories in Chandler, Arizona. They will employ 3,000 people in high-tech manufacturing jobs. The company will also form a semiconductor manufacturing business, Intel Foundry Services, to serve the growing demand for computer chips, with plans for more factories elsewhere in the U.S. and Europe. This business will be Intel’s challenge to Samsung and TSMC, the two present leaders in chip production.

Intel’s move, combined with TSMC’s planned $28 billion investment will serve, with time, to significantly increase global chip production. It should be noted that no date has been set for start of production by either company. Until that time, supply will be tight, the short-term future uncertain.

It will, there is no doubt, be survival of the fittest. The smaller customers in the chip game will struggle through, hoping for the earliest possible resolution of the shortage, while the Apples and the Samsungs will doubtless find a place at the front of the queue.

Finally, we might wonder how the world became so chip-dependent on two companies in Asia.