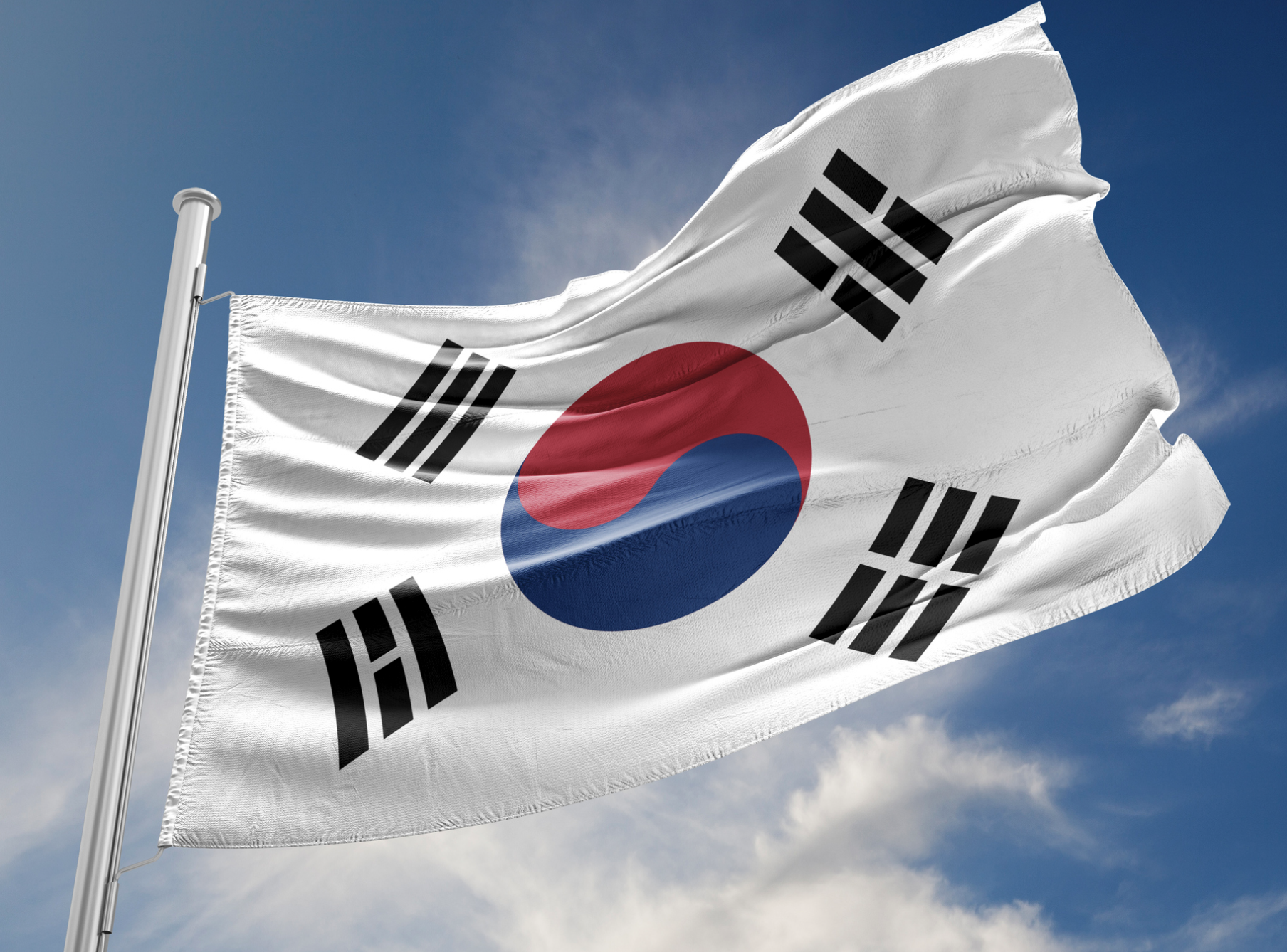 This article appears in the latest issue of Manufacturing Outlook. For a limited time, we are offering jacket Media Co visitors a FREE monthly subscription. CLICK HERE to subscribe today!

Vietnamese President Nguyen Xuan Phuc paid a state visit to South Korea from Dec 4-6, 2022, at the invitation of President Yoon Suk-yeol.  This is the first hosting of a state visit since the inauguration of newly-elected President Yoon and also marks the 30th anniversary of bilateral relations with Vietnam.  During the visit, Vietnam officially elevated bilateral ties with South Korea to “a comprehensive and strategic partnership.”  Prior to this visit, Vietnam had established what they refer to as this “pinnacle” of relationship with only three nations: China, India, and Russia.

Vietnam has for years been a low-cost labor and manufacturing development base for South Korean manufacturers.  The most notable and single largest South Korea investor in Vietnam has been Samsung, which has invested $18 billion in six factories there.  Two of those are for smart phones where they manufacture approximately one-half of all of Samsung’s smart phones and represent over a fifth of Vietnam’s exports.  Recently there has been a reduction in those exports due to slowing demand.  But there is no doubt that overall, South Korea and Vietnam are forging ever stronger bonds.  We can expect expanded cooperation in areas such as politics, security, economy, development, education and people-to-people exchanges, according to the Office of the President.  The U.S. needs to explore the implications and opportunities of this developing relationship.

However, this does mask a troubling history which has rarely been acknowledged by both sides.  It is well-documented that South Korea committed atrocities against both Viet Cong soldiers and innocent civilians when they sent 320,000 troops to fight brutally for the U.S. military from 1964 to 1973 during the Vietnam war in exchange for extensive economic aid.  South Korea has declared there is no evidence of these massacres, which occurred throughout the country, and no South Korean President has ever owned up to it.  Vietnam itself has never pushed for an official apology or reparations.  And they did not insist on it when granting South Korea its “pinnacle” of relationship last month.  But it’s high time the South Korean defense establishment open up its historical records to the public and acknowledge the truth amid this burgeoning relationship.  The U.S. government should insist on it.  U.S. companies are also increasing manufacturing investment there.  Apple is scheduled to begin shipping its first iPhones from Vietnam In mid-2023.

QUESTION OF THE DAY:
What will happen in CHINA after COVID Re-Opening?

What is happening now is a continued economic contraction with no end in sight.  December’s PMI in the manufacturing sector was 47, lower than estimates and down from 48 in November.  This is -6.56% from one year ago.  China is struggling to “hit the ground running” after lifting its Zero Covid policy restrictions with no guidance to manufacturers.  And they’ve had to put the breaks on immediate massive spending on new semiconductor facilities and infrastructure due to the spiraling spread of COVID cases.  This could change by year’s end as the workplace becomes normalized post-COVID.

One thing is for certain: the world will never know how many people have died in China during both the draconian restrictions for nearly three years trying to maintain Zero-COVID control, nor in the coming years after Zero-COVID relaxation.  The government will not attribute deaths to COVID if there was any type of underlying condition in the patient.  The higher the number of reported deaths from COVID, the more President Xi will lose face, which will be avoided at all costs.  This is just one proof that since Xi came to power (he is now in his third term), China has been influenced by increasingly defensive and ideological policymaking, rather than the pragmatic and effective policymaking of past leaders.

Former President Jiang Zemin, credited with welcoming and driving western investment, global cooperation, and global integration for over a decade, passed away in December, and his like-minded but aging retired successor Hu Jintao, was unceremoniously removed from all powers at the November Congress.  We can expect Xi’s consolidation of power to continue for another five years.  The recent protests that led to Xi’s abrupt and unprepared dumping of the Zero-COVID regime across China may have led to some embarrassment but has not challenged his authority.  The U.S. has reached out to China quietly behind the scenes, offering ongoing supplies of more effective vaccines, but increasing xenophobia and fear of having to reveal their own vaccine technologies have prevented the government from accepting.  The EU has also offered help.

All focus is now on turning around the slumping economy.  The enormous opportunity cost of trying to control the spread of COVID has led to a 2-3% percent drop in GDP in 2022 alone.  (We arrive at this figure by subtracting current year-end projections of 3.3% from original revised 2022 government targets of 5.5%.)  Exports fell over 9% in November alone. Taiwan and South Korea also saw plummeting exports, and U.S. factories have suffered continued contraction in new export orders.

The government and its newly appointed Politburo members have seen the damage and the writing on the wall.  They have been receiving reports from local governments of the uncontrollable spread of the virus for months.  And it has already hit the rural communities where healthcare facilities are sorely lacking.  The only threats to the ongoing one-party rule would be an ongoing failing economy, loss of jobs, and loss of faith in the government on the part of the educated middle class and its consumer base.  Their talent fueled China’s economic rise.  Their departure could help fuel China’s demise.  It will now take China much longer to ever catch up to the level of the U.S. economy, if ever.

The world will also not know for some time how the pandemic has affected the overall workforce numbers.  At the moment, it is reported that in numerous cities over 60% of the workforce is out sick and this will continue to ripple throughout the country until the virus burns itself out or mutates.  What seems almost unthinkable only one month ago is that the government is encouraging workers to go to work to keep manufacturing going if they are only mildly ill.  This is an extreme “about face” and has left workers confused and wondering whom to trust.  This lack of trust in government ‘wisdom’ is spreading.  Professionals and people of means are emigrating to Japan, Singapore, and other attractive locations, in some cases leaving behind assets which they are not allowed to take with them.  Another certainty: a continuing increase in loss of talent now that travel restrictions have been lifted.

At the same time, we do know that there is close to 20 percent unemployment among youth and recent college graduates.  Additionally, the number of people moving out of the workforce due to aging is increasing every year and they are not being replaced.  The birthrate has fallen below 1.72 per thousand since 2020.  In 2021, people aged 65 and over already comprised 14% of the population.  This figure is rising every year, and due to the one-child policy of prior years, there will be fewer children to take care of parents in the future.

One piece of good news: in December, China agreed to do a deep dive into tracking the genomic origins and mutations of Omicron variants and share their results with the outside world.  But they still have not offered accurate information on deaths and hospitalizations, requested by the WHO.  The U.S. and other nations are fearful that the virus coming out of China will mutate into a more severe and dangerous form, leading to another pandemic spread.  As of today, there is no evidence that the Omicron virus circulating in China is more dangerous that what is circulating in the U.S.  Yet these fears have led to travel restrictions for admission into some countries (notably the U.S., Japan, and Italy) for travelers from China.  As of January 5, 2023, the U.S. is requiring a negative PCR or antigen test taken no earlier than 48 hours prior to travel.  The EU, on the other hand, had been resisting new restrictions, stating they are unnecessary, but have finally recommended to member states to follow the U.S. lead.