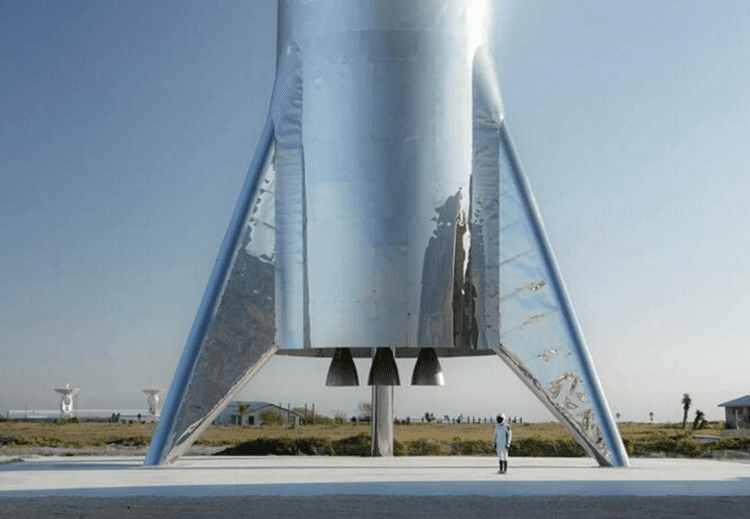 Not since the Atlas program in the late ’50s has a spacecraft been designed to use stainless steel as a major component, but SpaceX is going to do exactly that. Why would anyone use steel when more exotic, seemingly more space-worthy metals or composite materials are so readily available? The engineers working on the project had the same question for SpaceX’s leader Elon Musk.

The short answer is, it’s cheaper than carbon or aluminum. When working with carbon fiber there is a “scrap-rate” of roughly 35%, meaning however much material is utilized to build the Starship, 35% will go to waste as scrap during the forming and trimming process. But there’s more to it than that. So carbon fiber is currently approximately $135 per kilo with a 35 percent scrap rate. The alloys Musk plans to build his next ship from, 301 and 300 stainless are currently $3 per kilogram with a scrap rate under 5 percent.

Yes, the cost of producing the new Starship out of 300 stainless steel alloy is lower, but strength is also a factor. At cryogenic temperatures like the environment of space, the steel alloy actually becomes stronger by almost 50%. Most metals, particularly steel, become brittle at cryogenic temperatures. 300 stainless steel does the opposite due to its high chrome-nickel content. There are also none of the fracture issues associated with other materials as 300 stainless maintains 12 to 18 percent ductility at temperatures near -330 degrees Fahrenheit which are typical during the launch phase.

Last week Musk tweeted out images of what his completed Spaceship test vehicle will look like and said it should be ready for first flight soon. Video of the rocket’s Raptor engines being test-fired was released as well. Musk said he is hoping for a test flight in about 4 weeks, “which probably means eight weeks, due to unforeseen issues.”