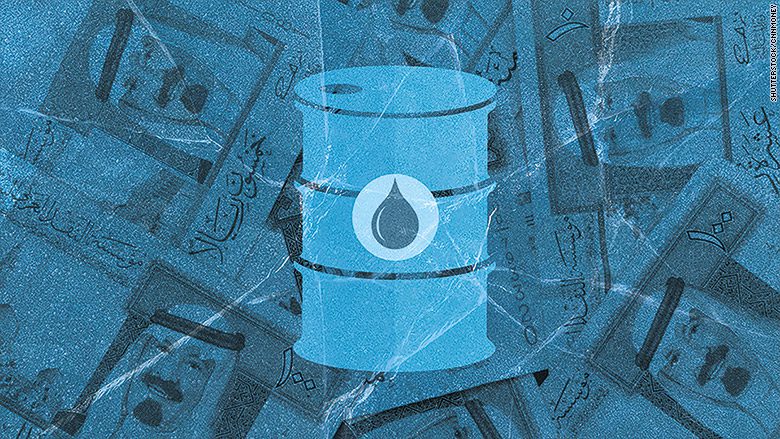 Unfortunately, Saudi Arabia’s Oil Minister, Ali bin Ibrahim Al-Naimi, has ruled out the possibility for a freeze in Saudi oil production on Tuesday. This follows the recent discussion between a small number of OPEC members and Russia, about what can be done to stabilize crude oil prices. Oil prices jumped when word of this important meeting reached the public, however following Al-Naimi’s most recent statements, these most recent gains have been lost. West Texas intermediate crude oil, the benchmark for the United States, dropped nearly 4%, down to $31.87, down from $33 a barrel, before Saudi Arabia was willing to begin talks with a non-OPEC member for the first time in over a decade.

On February 16th, OPEC and outside producers met to discuss what can be done to help curb the drop in oil prices, which reached their lowest point since 2003 last month. OPEC members Saudi Arabia, Qatar, and Venezuela were joined by non-OPEC producer Russia, to see if they can all agree to freeze oil output. To be clear, this would freeze oil production at current levels, which broke records in January. The freeze could only be a temporary solution because current production vastly outpaces demand for oil.

Al-Naimi is convinced that a freeze would do next to nothing to help stabilize oil prices, and insists this drop in prices is just a phase the industry is going through. He is sure demand for oil will continue to grow, even citing the International Energy Agency, which states demand for oil will grow by 1.2 million barrels per day through 2021.

“The fact is that demand was, and remains, strong. You can argue over small percentage falls or rises, but the bottom line is that the world demands, and gets, more than 90 million barrels per day of oil,” said Al-Naimi.( http://bit.ly/1QEv9Gi)

Even though Al-Naimi insists Saudi Arabia will not comply with the freeze, other OPEC and non-OPEC members are still willing to discuss their own output freezes. A meeting is planned for March to discuss the possibility of moving forward with this plan. One of the willing parties is Venezuela, which is barely able to remain profitable at current oil levels. Venezuela just so happens to be the first country to import U.S. oil after the ban on exported crude was lifted, but I digress. https://mfgtalkradio.com/the-unlikely-first-customer-of-us-exported-crude-oil/

Even though the initial talks were only between Russia and OPEC members, Saudi Arabia, Qatar and Venezuela, there are plans to create a larger reaching agreement that will include more major producers. There will be a challenge to overcome as Iran, which has significantly increased output after sanctions with the West were lifted in January, has openly rejected any possibility of reaching a deal.

Even though Saudi Arabia is not open to freezing production, Al-Naimi hopes other countries will see the importance. He said this in a statement.

“If we can get all of the major producers to agree not to add additional barrels, then this high inventory we have now will probably decline in due time,” http://nyti.ms/1TymkwT

It seems as though Saudi Arabia will continue to produce as much oil as they see fit, with hopes that other countries intentionally give up their market share. This is actually the plan Saudi Arabia had in mind from the beginning. Their original plan was to overproduce and drive oil prices down to recapture their market share, which was lost in part due to the U.S. shale boom. The thought process behind this was that expensive U.S. fracking operations could not withstand low oil prices as long as cash-rich Saudi Arabia. We doubt they expected the prices to drop as low as they did, which prompted their initial meeting to discuss freezing output levels.

These events are pushing oil producers from around the world to make a very difficult decision, do they give up their own market share to stabilize prices, or continue to over produce, until all of the major oil-producing nations come to an agreement. There will be no easy solution, but hopefully a fair, peaceful, and mutually beneficial decision will be reached before economies begin to collapse.