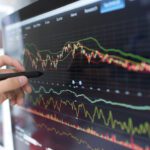 The economy has continued showing signs of economic slowdown with just 126,000 jobs being added this month. This indicates that the labor market is being drawn down by the weak macro-economic performance this year. The labor force has diminished greatly as the unemployment rate continued to stand at an unsatisfactory 5.5 percent. The US job … 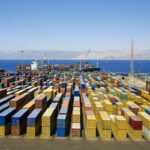 With no contract, will the ILWU walk off the job and strike? Will the PMA lock out the workers as they did in 2002? If the West Coast ports are shut down at a cost to the country of nearly $2 billion a day, which seems likely given the breakdown in contract negotiations, thousands of …

Read moreEpisode 55: West Coast Port Shutdown Could Be Days Away: Devastating For The Economy 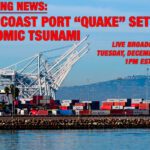 12/23/14 – The ILWU contract expired on July 1. 2014, and once again the West Coast port container offloads and onloads have been crippled during contentious union negotiations in the face of near-record imports and exports during the accelerating economic recovery. Hundreds of millions of dollars of losses have already occurred in agricultural export losses, retail imports that will have to be dumped at fire sales after Christmas, manufacturing productivity losses from just-in-time raw material delays, and future losses from overseas buyers who will source products elsewhere in 2015 and beyond. Listen to our December 23rd show as we talk about this prickly situation.