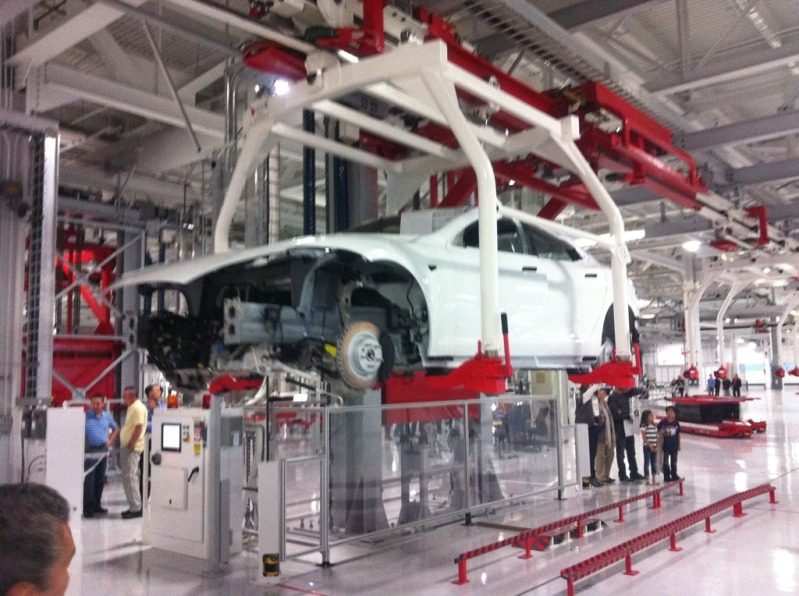 On Thursday, Elon Musk marked the official start of production at Tesla’s new Giga Texas plant in Austin, Texas. During the event, Musk said the new facility is the country’s biggest factory by size and will also be the highest-volume U.S. auto plant when fully ramped up.

The event, called a “Cyber Rodeo” by Tesla, hosted 1,000 invited guests and fans of the brand who packed into the sprawling facility. Here, Musk revealed that the plant will produce at least 500,000 vehicles annually by next year. Initially, it will make Model Y hatchbacks, with the highly-anticipated Cybertruck pickup going into production next year, along with a new version of the Roadster sports car and Tesla Semi.

“The Model Y line will be the highest-capacity line, I think, of any line in the world. In fact, I’m confident it will be,” Musk, dressed in a black cowboy hat, black sunglasses and black Giga Texas T-shirt, told attendees. “Half a million units a year in a single factory of one product is the biggest dang thing in the world. This will be the highest volume car factory in America.”

The Texas plant opens as Musk’s company has seen some of its best years in terms of sales. As climate change worries and rising oil prices increase the demand for electric vehicles, Tesla, which is one of the world’s most well-known EV makers, has been focusing on increasing its global output. When fully ramped up, the Austin factory—along with Tesla’s new Giga Berlin plant, its fast-growing Shanghai Gigafactory and Fremont, California, plant—could give the company capacity to build about 2 million vehicles annually within the next few years. That’s more than double what Tesla produced in 2021.