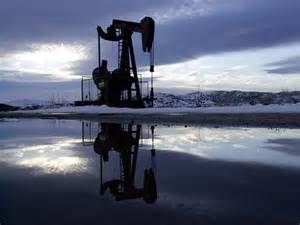 Last week we saw crude drop below $30 a barrel for the first time in nearly 12 years. Simple economics, supply and demand is at the root of this dramatic decline in prices. OPEC, the Organization of Petroleum Exporting Countries continues to produce at record-breaking levels with hopes of regaining their market share that was lost due to the boom in U.S. shale fracking.

Not only has OPEC been contributing to the oversupply, China, the largest consumer of energy in the world has seen a decline in diesel consumption further adding to the glut of crude oil. Also, China only expects gasoline use will rise to about 200,000 barrels a day which is the country’s slowest growth in years. An oversupply, coupled with a lack of demand, continues to drive the price of crude lower and lower.

“A decline is to be expected after a giant move like we just had,” said Bob Yawger, director of the futures division at Mizuho Securities USA in New York. “We’re also down because the Chinese demand numbers were off considerably, especially diesel. The Saudis aren’t helping the market by deciding that they will go full-speed ahead with their investment plans.” (bloom.bg/1PvyPtv)

Saudi Aramco will continue investing the same now as it did before the crash of oil prices which signals Saudi Arabia is not about to end the battle with rival oil-producing nations. Saudi Arabia’s goal to out produce and drive the crude below profitable levels for the expensive U.S. fracking businesses has slowed U.S. production a bit but these producers are hanging in and retaining  their market share. The country has come up with a new strategy in response to crude that fell below the level’s even OPEC forecasted, the Saudi Arabia’s state-run producer made a statement saying they can continue production at these low levels for ” a long, long time”.

Iraq’s oil ministry has also reached record output in December. Its fields in the central and southern regions were able to produce 4.13 million barrels a day. An Iraqi oil official even stated that the country may want to raise the output to even higher levels in 2016.

“The news that Iraq has probably hit another record builds on the oversupply sentiment,” said Hans van Cleef, senior energy economist at ABN Amro in Amsterdam.”The oversupply will keep markets depressed and prices low, and on the other hand short positions are in excessive territory,”. (bit.ly/1Qo3OVl)

All of this news comes after some members from OPEC called for an early meeting earlier in January to discuss cutting back oil production. Some of OPEC’s nations are not able to produce oil as efficiently as Saudi Arabia and also don’t have the cash the Saudi’s do. Nigeria’s production costs are estimated to be $31bbl and at current crude prices (12:09pm 1/25/16) $30.54bbl they are losing around .46 cents per barrel produced. Saudi officials are apparently willing to face the market head on with hopes to still inch out non-OPEC members from the growing crude market.

OPEC Secretary-General Abdalla El-Badri has another solution in mind to help OPEC members continue to stay profitable. They stated that non-OPEC members need to assist in curbing the global oversupply by cutting back their production. They also mentioned that there are signs that supply and demand will come back into balance this year with forecasts suggesting a gain in world demands of about 1.3 barrels a day and a contraction in supply from outside oil producers of about 660,000 bbl.

Oil producers of all kinds, OPEC or Non-OPEC, will face serious challenges in the days to come. No side wants to budge and supply continues to rise as demand continues to grow at its slowest pace in years.