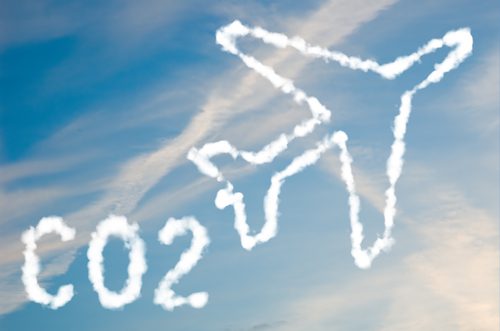 There has been a lot of discussion surrounding carbon emissions being released into the atmosphere. Many of the talks center around industrial emissions, sustainable energy technology and electric road vehicles’ to help curb emissions output. However, NASA is looking toward the sky to help minimize the emissions caused by planes, and they are making progress.

NASA is experimenting with a hybrid turbine engine concept that will utilize both fossil fuels and electricity to power the aircraft.

Project engineers and researchers at the Glenn Research Center in Cleveland, Ohio are looking to either replace or complement the current turbine engines to turn electricity into thrust. The benefit here would be a drastic reduction in the amount of fuel needed to power an aircraft, as well as dramatically reduce carbon emissions caused by air travel. Researchers believe the hybrid engine could equate to a 30% reduction in fuel burn.

At any given time there are around 7,000 aircraft in the air above the United States. A Boeing 747 burns around 10 – 11 tonnes of fuel per hour at cruising speeds, that’s about 1 gallon per second. That’s an incredible amount of fuel and that will equal up to a lot of green house gas emissions. Commercial airliners in the United States used approximately 8.9 billion gallons of gas last year alone. By utilizing hybrid aircraft engines in commercial airliners, the amount of gas used could be dramatically lower once this technology is implemented.

“These systems use electric motors and generators that work together with turbine engines to distribute power throughout the aircraft in order to reduce drag for a given amount of fuel burned,” Amy Jankovsky, a NASA engineer said. “Part of our research is developing the lightweight machinery and electrical systems that will be required to make these systems possible.” (bit.ly/1OCuW3D)

As mentioned in the quote above, not only will NASA be focusing on the new hybrid engine, but they will also need to develop new hardware and systems to compliment the new hybrid aircraft.

Normally NASA wouldn’t come to mind when thinking of new green technology for commercial air travel, but their work on this project could completely revolutionize the commercial airline industry. More efficient airplanes could drastically reduce the cost of traveling by plane, as well as dramatically curb the amount of CO2 emissions being released into the atmosphere. With new energy storage technology coupled with NASA’s expertise and innovative thinking a new hybrid plane could be just around the corner.

At AIAA’s SciTech2016 conference that took place early this month, NASA discussed their progress on the project, you can find out more here: https://www.aiaa.org/Detail.aspx?id=31803