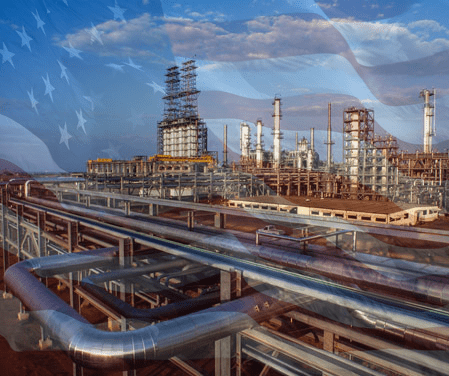 After a turbulent two years for the oil market, it seems as though U.S. shale is back on the rise. Oil producers in the United States are finally able to breathe a sigh of relief as the market begins to stabilize and prices inch higher. The Organization of the Petroleum Exporting Countries has implemented production cuts across the 13 nation oil cartel. This leaves the United States in a unique position to bolster their dampened shale industry once again.

American shale producers were impacted severely by the flood of oil leaking into the market from OPEC producers. Oversupply brought prices crashing down around the world and expensive fracking rigs in the United States were forced to close. OPEC’s main objective was to force U.S. shale producers out of business to reclaim their market share. However, it didn’t quite go as planned.

These developments quickly halted the Shale revolution that took place between 2012 – 2014. The dramatic fall in price forced producers to become more disciplined which paid off. These producers made the move to ensure they could cover capital expenditure with cash flow instead of depending on leveraging and financing. American shale producers have even been able to cut production costs in half utilizing new technology and a focus on efficiency.

As OPEC continues to cut production, global inventories are falling pushing the price of oil higher. United States shale producers have jumped at the opportunity to reap the benefits of the increase in price. Not only are the current oil prices allowing these producers to become much more profitable, the lean mindset of these producers opens them up to becoming even more profitable than before. OPEC’s plan to push the U.S. out of the global oil market backfired and instead created a more efficient and effective U.S. oil industry.

All of these factors coupled with the recent downturn for the U.S. dollar offers United States producers some confidence in the future. 2017 is set to be an interesting year for the oil market and domestic oil production might start growing once more. This could have a profound impact on not only the US economy but for American manufacturers as well. Industrial sectors rely on a booming oil market and this upturn could be just what the manufacturing industry needs.

For more recent developments covering the manufacturing, mining and energy industry be sure to check back at Manufacturing Talk Radio again soon.