Guest Jennifer Hagan-Dier, Manufacturing Extension Partnership (MEP) Director at the University of Tennessee explains how MEP’s support manufacturers “from the front door to the back door, the C-suite to the plant floor”. Host Lew Weiss gets all the details important to any manufacturer. 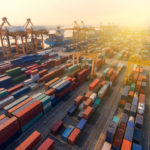 The U.S. Trade Deficit Rose in January to the Highest Level Since 2008

One of major promises which the United States president Donald Trump made when he was elected president was that he would reduce the country’s trade deficit with other countries. However, the data released by the United States commerce department shows that the US trade deficit in January 2018 has reached the highest monthly level since October 2008 to $56.6 billion as exports have declined while imports have remained the same. The trade deficit is higher than what it was at any time during the previous government led by the President Barack Obama, and Trump believes that it is due to some unfair trade deals. (Read More) 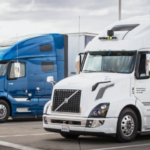 Driving a truck is a tedious task, and industry experts agree that there is a shortage of truck drivers in the United States. So when Uber Freight announced that it is already operating its self-driving truck in Arizona on public highways it was noted by the freight and logistics industry as well as stakeholders in the transportation sector. The company had already used a self-driven truck to make a beer delivery in Colorado in October 2016 over a distance of 120 miles, under government supervision. In Arizona, the trucks are being operated without any government oversight over a distance of 340 miles on highways. (Read More) 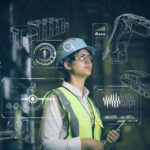 The Digital Manufacturing Design and Innovation Institute (DMDII) announced today the launch of a “Cyber Hub for Manufacturing” with $750,000 in seed funding from the U.S. Department of Defense (DOD). The hub will serve as a testbed for the creation and adoption of new cybersecurity technologies to secure manufacturing shop floors across the United States and complements DMDII’s public-private partnership as one of the Manufacturing USA institutes sponsored by DOD to advance the state-of-the-art in digital manufacturing in America. (Read More) 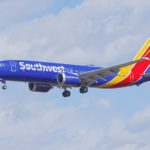 An official for Guinness World Records, Michael Empric confirmed that Boeing had set a world record in the aerospace sector for manufacturing the largest number of commercially used jet airplanes of a particular model after Boeing announced that it had completed the production of the 10,000th 737 model aircraft in March 2018. The Guinness official said that he was impressed by the speed at which Boeing manufactured the aircraft. The latest 737 jet aircraft, 737 Max 8 was produced by Boeing at its manufacturing facility in Renton, Washington and will be used by SouthWest Airlines. Boeing had also held an earlier record in aircraft manufacturing when it had completed production of 5000 aircraft at its Renton facility in 2006. (Read More)

“I’ve experienced a lot of men being surprised when I could do things like attach a Swagelok fitting. I gained instant respect when I could demonstrate this,” shares Tiffany Ling, PhD and Design Clinic Lead at the University of St. Thomas, owner of her own engineering consulting firm, and former Lead Senior Process Engineer at Honeywell in this interview with host Barbara Trautlein, Chief Catalyst at Change Catalysts. Throughout her career, Tiffany has challenged – and changed – assumptions, spanning from what a woman engineer can do, to what a career in manufacturing can be like. Tiffany lights-up as she describes working hands-on in the shop floor on real-world problems, and the rush of seeing her students get “ah-ha” moments in the field. Listen-in and be lit-up by the breadth of career options for women in manufacturing beyond “sitting in front of a computer doing math and science” and practical advice for mentoring and supporting the careers of the next generation of engineers.