Norbert Ore, Director of Industry Survey for Strategas Research Partners and an MBC contributor, discusses some of the 18 manufacturing industry surveys he follows around the world, as well as some always interesting regional surveys in the U.S.  Listen in as hosts Lew Weiss and Tim Grady get in-depth information on the ebb and flow of manufacturing information that provides crystal ball insight into the next few months of business activity. 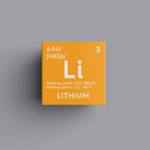 A report released by Global Market Research Inc. indicated that the global market for lithium ion battery products is likely to exceed $60 billion by the year 2024. The increase in the demand for rechargeable lithium ion batteries is largely due to the rising usage of rechargeable consumer electronic gadgets like mobile phones, tablets, and also for electric vehicles which use these batteries. Additionally, the governments in many countries are also encouraging citizens to use electricity and rechargeable battery based products, as electricity is a renewable source of energy compared to oil, coal and other fossil fuels. (Read More) 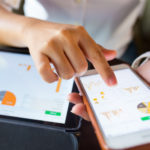 Apple Has Their Own Micro LED Display Manufacturing Plant

For many years, Apple gadgets mainly used LCD screens. Only the recently released Iphone X uses an OLED display. Most of the major manufacturers of smartphones like Samsung and Google are already using OLED displays for their high end models. According to a report by Bloomberg, Apple  is developing micro LED technology for displays of devices at a low profile facility at Santa Clara close to the Apple headquarters. Hundreds of engineers are reportedly working to develop the micro LED displays which are better than the LED displays at the secret Silicon Valley facility, however the technology is not likely to be available right away. (Read More) 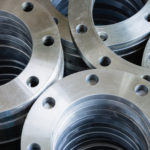 From Price Hikes to Price Spikes: U.S. Manufacturers and Consumers Will Pay Dearly for Unnecessary Tariffs

On the first of each month, Manufacturing Talk Radio show hosts Lew Weiss and Tim Grady interview the Institute for Supply Management Committee Chairs for the Manufacturing Report on Business®, Tim Fiore, and the Non-Manufacturing Report on Business®, Anthony Nieves. Both reports, which can be found at the radio website, www.mfgtalkradio.com, show a 24-month trend of price hikes across all sectors, although much of the increases in 2016 and into 2017 were not passed on by manufacturers. While passing on price increases began to change in the latter half of 2017, nowhere has it become more aggressive than in the steel industry, especially with the advent of the tariffs. (Read More) 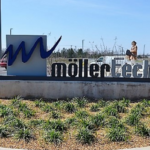 In March 2018, the Manufacturing facility of German automotive part supplier MöllerTech at the Scott Davis Industrial Park in Woodstock, Alabama was inaugurated in a grand and well attended opening ceremony. In addition to top local and state leaders and officials, top MöllerTech executives including the CEO Dr. Gunther Schmidt and officials from other automotive companies which partnered with MöllerTech, like Mercedes Benz were also present. This facility is close to the large assembly plant of Mercedes Benz in Tuscaloosa County. Möllertech manufactures automotive interior parts for Mercedes Benz, Toyota, Rolls Royce, Daimler, BMW, Audi, Porsche and Honda. (Read More)

Are you saying “yes” to things that undermine your image and your credibility? Are you saying “yes” to things that are low value? It’s a good thing to say “NO”. Demonstrating the ability to manage yourself and prioritize will always earn respect. Hosts Desiree Grace and Andrea Olson explain how to get comfortable saying “NO” in a polite, professional manner and avoid the dreaded “Scope Creep”.