Manufacturers trying to throttle up their internal data systems have many software suppliers to vet, and eventually have to settle on one – but how can you be sure it is the right one. Ultra Consultants is an advisory firm to walk manufacturers through the supermarket of software after discussing their manufacturing needs and wants for modern manufacturing software, as well as help during the installation process. While each software provider has their own internal team or outside implementors to modify the software for each manufacturer’s use, they are focused on their solution. Ultra Consultants is focused on YOUR solution – what do you need, what do you want and how you can achieve it.  Big Difference.  Hear hosts Lew Weiss and Tim Grady interview Jeff Carr, CEO of Ultra Consultants, and get a powerful infographic that lays out your software options. 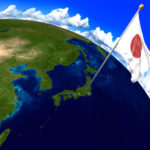 On April 10, 2018 it was announced that Japanese researchers had found a large amount of rare earth materials covering an area of approximately 965 square miles on the seabed of the Pacific ocean. The discovery, made near Minamitorishima Island, is located approximately 1150 miles southeast of Tokyo. (Read More) 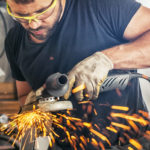 In 2017, combined reshoring and related foreign direct investment (FDI) announcements surged, adding over 171,000 jobs, up 2,800 percent from 2010. Including upward revisions of 67,000 jobs in prior years, the total number of manufacturing jobs brought to the U.S. from offshore is over 576,000 since the manufacturing employment low of 2010.The 171,000 reshoring and FDI jobs announced equal 90 percent of the 189,000 total manufacturing jobs added in 2017. (Read More) 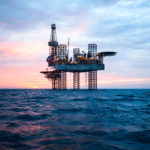 In a move that shocked the oil and gas sector, New Zealand Prime Minister Jacinda Ardern announced that the government would no longer issue new permits for offshore exploration of gas and oil. Prime Minister Ardern claimed that the government was moving away from fossil fuels, which she claimed cause global warming and climate change and hoped the decision would help the country reduce the carbon emissions. However, the government indicated that existing oil exploration permits would not be affected and current drilling for crude oil and related products could continue. (Read More)

On this week’s episode of Riveting Exchange Podcast, Hosts Desiree Grace and Andrea Olson discuss the finer points of delegation. Learn about how you may be doing it wrong, when not to delegate, how to avoid “crap work”, how to mix high and low value projects together and more. Don’t miss this master class on the fine art of delegation from two accomplished women.