Norbert Ore, senior international correspondent with Manufacturing Talk Radio, discusses the purchasing conditions in countries around the world, and headwinds that might hit the manufacturing industry. 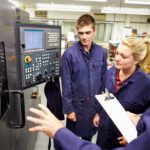 This past March, Deloitte and The Manufacturing Institute finalized their study to measure the perceptions of the U.S. manufacturing sector by consumers. While there have been significant gains in technological advancements, the research revealed that raising public awareness about these improvements has been slow. Study findings suggest U.S. manufacturing is at an inflection point, and this can be used to increase public awareness and emphasize career opportunities. (Read More) 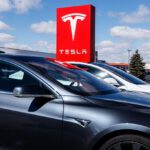 On Thursday, Elon Musk marked the official start of production at Tesla’s new Giga Texas plant in Austin, Texas. During the event, Musk said the new facility is the country’s biggest factory by size and will also be the highest-volume U.S. auto plant when fully ramped up. (Read More)

On Monday, Ford revealed that its sales of new vehicles in the U.S. declined by 17% during the first quarter, including a 26% slide this past March, as it continues to battle a global shortage of semiconductor chips. The company reported a total first-quarter sales figure of 432,132 vehicles, including 159,328 units in March. Those figures were in line with analyst expectations. (Read More)

Technology touches nearly every part of the manufacturing process today and, with the right solutions, any manufacturer can significantly accelerate productivity, streamline production, and see the kinds of efficiencies your organization needs to take it to the next level! In this episode of Women and Manufacturing, Rosemary Coates speaks to Vice President of Information Technology at Sandvik Coromant, Annika Hultqvist, about how they are using IT functions and systems to support their manufacturing processes. With a background in computer engineering and IT consultancy, Annika shares some insight into her role as VP of IT at Sandvik Coromant, a world-leading supplier of tools and tooling solutions to the metalworking industry. We discuss the globally integrated ERP system that Annika is putting in place, how Sandvik is using Agile processes and techniques to prioritize end-user value and the ways that digital tools can improve training and onboarding, as well as the power of AI and digital machining to support decision making, plus so much more! Make sure not to miss this informative episode!