Anthony Nieves, committee chair for the Institute for Supply Management’s Non-Manufacturing Report on Business joins hosts Lew Weiss and Tim Grady to discuss the March results for businesses reporting on two-thirds of the U.S. economy with a reading on 58.8. 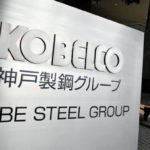 Japanese steel maker, Kobe Steel announced that its Chief Executive Hiroyo Kawasaki would resign over a scandal regarding falsified quality data, which has adversely affected the Japanese corporate sector and forced other manufacturing companies in the country to also disclose any deviations from their promised quality standards. The company disclosed that senior executives were aware of the fact that the data was not accurate for some time, in one case a few decades, yet it was covered up because of the organization’s focus on increasing its profit and lax standards of corporate governance. (Read More) 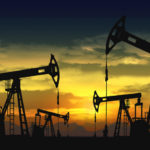 Smallest Oil Producer in the Gulf Announces Largest Discovery Since 1932

The Bahrain News Agency announced Sunday the discovery of an offshore oil field, the Khaleej Al Bahrain Basin, with “significant quantities of oil and gas”off the country’s west coast. Although a specific estimate as to the size of the oil and gas reserves was not given, oil minister Shaikh Mohamed bin Khalifa Al Khalifa told the Bahrain News agency “Initial analysis demonstrates the find is at substantial levels, capable of supporting the long-term extraction of tight oil and deep gas.” (Read More) 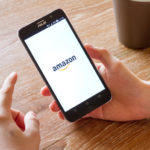 In January 2018, Amazon, one of the largest eCommerce companies in the world, announced that it had narrowed it’s search to 20 cities in North America as candidates for its second Headquarters, HQ2. Amazon’s headquarters, HQ1 is located in Seattle. Amazon claims that the company has adding more than 40,000 to the local economy. This has led to an increase in real estate prices, traffic congestion and other related overcrowding problems, forcing the company to look for an additional location for its next headquarters. (Read More) 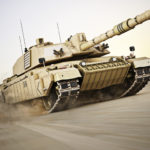 The United States Army has increased funding for Rapid Prototyping of the Next-Generation Combat Vehicle (NGCV) according to documents released in February. Army Secretary Mark Esper said that this decision was taken after looking at the National Defense Strategy. Secretary Esper realized that if the NGCV prototype was not ready soon, rival countries like China and Russia would develop a better vehicle sooner. The US Army has listed the NGCV as one of the top six priorities for modernization which is being supervised by the Futures Command of the US Army which is expected to be fully operational later this year. (Read More)

Jane Arnold attended college on a basketball scholarship but soon found herself on the sidelines with an injury. She needed a job to pay for school and found herself in manufacturing. The elements of group dynamics, teamwork, and complex problem solving have fueled her career. Shaped by her early years, Jane was influenced by her father who taught her anything is possible. Today, Jane is the first woman executive in the office of the CTO of Covestro, serving as the Vice President for Global Process Control Technology. She is a Trail-Blazing Executive on the front end of the Internet of Things. Tune into “From Athlete to Trail-Blazing IoT Executive” to learn more about Jane’s journey.