Senior International Correspondent Norbert Ore joins hosts Lew Weiss and Tim Grady to discuss the Purchasing Manager’s Indexes he tracks for Strategas Securities, all of which are hovering around 50 with several dropping into contraction territory. The Trump tariffs have taken an adverse toll on economies in Asia, Europe, and the U.S. with only modest hope that tariffs will be lifted before new ones are imposed.

Here Are Some of This Week’s Top Stories in Manufacturing 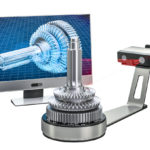 Additive Manufacturing, or 3D printing, has helped manufacturing take giant leaps in the past few years. But one of the deficiencies in additive manufacturing is consistency. Subtle deviations in the geometric specifications of identical parts, even subtle variations, are a serious issue for precision applications like the aerospace industry. 3D printing has done wonders to save time with rapid prototyping and allowing engineers to design more complex parts, but the end product more often than not requires additional machining to achieve a precision fit. Artificial intelligence to the rescue. (Read More) 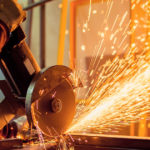 National Association of Manufacturers Kicks Off State Of Manufacturing Tour

It’s no secret that the manufacturing sector is open for business and that there are nearly 500,000 jobs waiting to be filled. In an effort to spread the word, The National Association of Manufacturers is hitting the road on their State of Manufacturing Tour, visiting 25 cities across the country to let everyone know that a career in manufacturing is both rewarding and pays well. (Read More)

In this episode Kevin Swift, Chief Economist of the American Chemistry Council, discusses the short-term and long-term outlook for chemicals manufacturing. Kevin also responds to questions about innovation, market concentration, and human capital in basic chemicals industries. The interview concludes with a discussion of the potential impact of demographic change on chemicals demand. 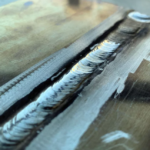 AA7075 aluminum alloy is as fantastic as it is frustrating. Originally developed in secret by Sumitomo Metal during World War 2 for airframe construction, it’s unique properties make it as strong as steel at one-third the weight. The downside is you can’t weld two pieces of AA7075 together. Titanium carbide nanoparticles to the rescue. (Read More) 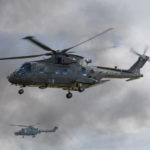 CPI Aerostructures announced a new partnership with Sikorsky worth nearly $1 million. While the specifics of the deal are still unavailable, what is known is that CPI Aerostructures will manufacture structural interior components for one of Sikorsky’s helicopters. (Read More)

On this episode of WAM, hosts, Andrea Olson and Desiree Grace, sit down with an accomplished millennial in the manufacturing world, Priscila Hammett. As the Product Marketing Manager at Emerson, Priscilla shares her unique perspective on how we can make manufacturing more appealing to millennials. The ladies discuss future opportunities in manufacturing, the challenges that Priscila faced as a young woman in the industry, as well as advice for other women in similar positions.