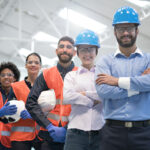 Robert Reich, Former Secretary of Labor – 5 Ways to Stop Corporations From Ruining the Future of Work

Artificial intelligence, robots, and other advanced technologies are already transforming the world of work – and their impact is just beginning. They’ll grow the economy and make it more efficient. But unless American workers are involved, that growth and technological change will benefit only those at the top. (Read More) 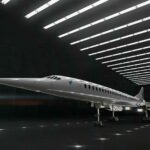 Commercial Supersonic Flight Is Ready For A Comeback

It’s been more than 15 years since the last commercial supersonic flight. The Concorde fleet of 14 aircraft ferried passengers across the Atlantic at speeds 3 times that of regular commercial aircraft. The problem was they could never make any money doing it. The big problem was fuel. Concorde burned a lot of very expensive fuel to maintain supersonic speeds. In addition to the fuel costs and passenger-limiting, sleek design of the aircraft, operators could never expand their routes to include overland flights which are banned by the FAA. The sonic boom, which is a loud, window-shattering thud created by aircraft breaking the sound barrier, was deemed too disturbing to citizens and thus supersonic flights over populated areas was prohibited. (Read More) 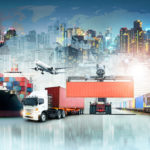 President Donald J. Trump signed legislation today that reauthorized the Export-Import Bank of the United States (EXIM) for a historic length of seven years. The bipartisan legislation approved by Congress achieved two important goals: providing certainty to American businesses and workers that EXIM is fully open for business, and giving clear direction to focus on the economic and national security challenges from China. (Read More)

This week on The WAM Podcast, host, Linda Rigano, speaks with Sabari Raja, Co-founder and CEO of Nepris Inc.

Nepris is a first of its kind cloud-based platform that connects educators and learners with a network of industry professionals, bringing real-world relevance and career exposure to all students.