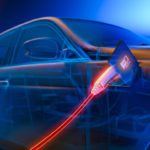 As demand for electric vehicles continues to ramp up, many auto manufacturers are looking to the United States for new production facilities. Along with them are companies that produce special components for EVs. One such company is SK Siltron CSS, announced new plans this week to make a major investment to support EV growth here in the country. (Read More) 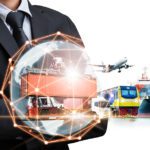 Recent events have thrown the general supply chain into a state of turmoil, indicating that resilience is not quite what it should be. While the pandemic deserves most of the blame, there are many other obstacles either related to it or stemming from disparate issues. (Read More) 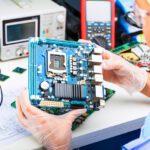 Demand for semiconductors continues to remain at record-high levels. As a result, many semiconductor manufacturers are considering new avenues of expansion in order to better meet the need for chips. One major producer has their sights set on two countries in particular: Japan and the United States. (Read More)

Today, Fiona Delaney is a champion for supply chain traceability in the agricultural world – but she started on a different path.  Growing up in Dublin she pursued a career as an artist – producing and directing films including reality television and a local hit version of “The Voice”.

In her early thirties, Fiona found herself wanting a different challenge. She returned to school and studied computer science and software development.  During this time, Fiona even developed an open-innovation model to help people implement blockchain in their systems.

However, it was Fiona’s love for agriculture – particularly sustainability and authenticity that led her to found Origin Chain Networks.  Traceability is so critical today – knowing where a product originated – the materials/ingredients that went into it – and the path it took through the supply chain. Companies are facing increased regulations to avoid (and act quickly to isolate potential problems) contamination in the food chain.

Pursuing her dream to create accountability in the food chain, Fiona is making it possible for organic and sustainable farmers to have an easy way to enjoy “farm to fork” traceability for their products using her “Authenteer Platform”. She is starting with food and fisheries with an eye toward more industries Fiona believes would benefit from a “single source of truth.”

Be empowered and hear Fiona’s personal and professional journey right here on the WAM Podcast.