Norbert Ore, Senior Correspondent for Global PMI Surveys discusses the movement of Purchasing Manager’s Indexes in Asia, Europe, North and South America, and if the U.S. will see a booming GDP in 2021. 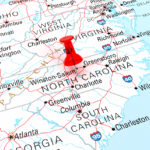 Charlotte, NC is mostly known for being an important banking and financial city. However, it has also been the site of some recent manufacturing growth as well. Among those settling into Charlotte is Colquímica Adhesives, which is set to open its first U.S. facility in the city. (Read More) 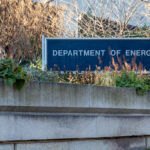 Department of Energy to Provide $52.5 Million to Support Manufacturers, Workers

A shift to clean energy and carbon footprint reductions have been some of the major goals for the Biden administration regarding their fight against climate change. Making the associated changes can be quite costly and difficult for manufacturers to do on their own. In an effort to help alleviate these issues, the Department of Energy is taking steps to help supply manufacturers with making this change, and achieve the climate goals laid out by the administration. (Read More) 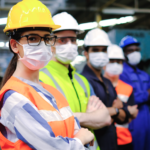 What Are the Short- and Long-Term Impacts of COVID-19 on Manufacturing?

At this point, it’s clear the COVID-19 pandemic will mark the end of one era and the beginning of another. Industries like manufacturing have had to make significant adjustments and won’t likely return to normal when the pandemic fades. The manufacturing challenges that arose in 2020 highlighted the sector’s shortcomings and could force it to change for good. (Read More)

Logistics – particularly trucking is a male-dominated world. No one knows that better than Kristy Knichel, President of Knichel Logistics. Kristy is a fearless leader who grew her family business into a major industry player. Nothing was handed to her. Kristy worked for years in just about every area of the company including marketing, sales, HR and finance, where she honed her skills and officially took the helm in 2009. One of her greatest lessons came early on from her family where she learned the value of hard work and independence.

Thanks to Kristy, the company has received numerous awards including Inc Magazine’s top 500 businesses for 5 years; and 7x by the Pittsburgh Business Times (PBT) as “Best Places to Work”. PBT also recognized Knichel Logistics as the fastest growing business, and “Business Women First” company in the area.

Knichel Logistics’ list of industry recognitions reads like a “who’s who” in awards, but ask anyone and they’ll tell you Kristy is most proud of the incredible team she has built. She strongly believes in empowering women to take on leadership roles whether it’s women she brings up the ladder at her company or others she mentors.  Kristy has taken the company from $2 million to $80 million in sales, and is excited to grow even more – especially during the COVID pandemic.

Hear more as Kristy shares with Linda Rigano her personal and professional journey.