Norbert Ore, Director of Industry Surveys for Strategas Research Partners, and Senior Correspondent with Manufacturing Talk Radio, joins hosts Lew Weiss and Tim Grady to discuss the Purchasing Manager’s Index reports around the globe and across the U.S. 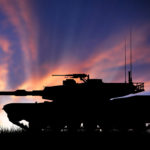 “Our economy is the envy of the world, our military is the most powerful on earth, and America is winning each and every day.” – President Donald J. Trump (Read More)

Ford Doubles Down On Electric Cars

For the second time in the last six months, Ford has increased its stake in an electric future. In a press release on Thursday, Ford announced that it would be “expanding its [battery electric vehicle] manufacturing footprint to its Flat Rock Assembly Plant in southeast Michigan. It will become the production home to vehicles from the company’s next-generation battery electric flexible architecture.” This new plant will join their new manufacturing facility in Mexico which will build Ford’s “Mustang-inspired” Mach 1 electric crossover. (Read More)

This week on WAM’s edition of “Full Time,” Amy Nicklaus sits down with fellow WAM host, Andrea Olson. Andrea is the CEO of Prag’madik, an operational strategy consultancy, and the Director of the Midwest Manufacturing Business Coalition, a non-profit organization dedicated to the advancement of mid-market manufacturing in the US. 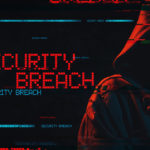 Oslo, Norway-based aluminum manufacturing giant Norsk Hydro has confirmed that their facility has been severely disrupted by a ransomware attack. The statement read in part that Norsk Hydro had “became a victim of an extensive cyber-attack in the early hours of Tuesday (CET), impacting operations in several of the company’s business areas.” (Read More)