Join this lively discussion between Norbert Ore, Director of Industry Surveys for Strategas Research Partners and Tim Grady, show host, as they explore the Purchasing Manager’s Index numbers from major economies around the world, and touch on other related subjects to the state of the world economy and the U.S. 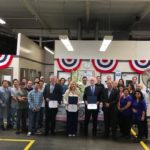 U.S. Rep. Lou Correa toured the 70,000 square-foot campus of long-time Santa Ana-based manufacturer R.A. Industries, a supplier to the oil and gas, aviation, defense, and space industries on Fri., May 3. Some of R.A. Industries’ sophisticated components can be found on the International Space Station, AIM-9 Sidewinder Air-to-Air Missile, Mars Rover, C-130 military transport, MD-80 commercial airliner, and A-10 Warthog, to name a few. Correa serves as the chairman of the House Homeland Security Subcommittee on Transportation and Maritime. (Read More)

In today’s episode ‘Manufacturing Matters’ host Cliff Waldman discusses the Trump trade tariffs on China with Manufacturing Talk Radio’s co-host Tim Grady. Cliff fields Tim’s questions and unpacks the complex issue of why the tariffs were put in place and whether they can solve the challenges between two nations.  Plus, he gives a clear description of why tariffs aren’t just a simple math problem. 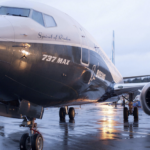 Boeing is facing compensation claims from three of China’s biggest airlines, which have all grounded dozens of 737 Max jetliners since the Ethiopian Airlines crash that led to the death of all 157 passengers back in March. (Read More)

On this week’s edition of the “Riveting Exchanges” segment on The WAM Podcast, hosts, Andrea Olson and Desiree Grace, discuss the concept of internally selling and what to do to get buy-in from your boss or colleagues for your next big idea. They discuss examples from their own extensive work experience and how they managed to get buy-in on their ideas. The ladies highlight the importance of involving as many people as possible so that people who may be resistant can clearly see their role in a potentially-changing system, and they do not feel as though they will get left behind. 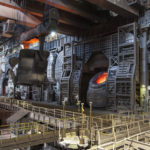 After years of being on life support, the second largest steel manufacturer in Great Britain has collapsed. British Steel had been seeking a loan from the British government for £75 million  ($95 million) as recently as last week when the news of the firm’s implosion broke on Wednesday of this week. The company received a government loan for £120 million ($152 million) only last year, but it appears the changing market is more than the company could stand and the High Court ordered the company into compulsory liquidation.  Loss of orders from the European Union due to uncertainty surrounding Brexit was cited as the main cause of the firm’s failure. (Read More)