On This LIVE Episode of Manufacturing Matters, host Cliff Waldman recaps his experience at the NABE conference including outlook discussions by Fed officials as well as sessions on China, supply chain, and labor shortages. 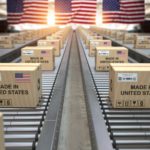 The reshoring of jobs back to the U.S. has been a major focus for both sides of the political aisle with the past and current administrations alike placing an emphasis on bringing back jobs. A recent report shows that reshoring efforts this year could not only surpass last year’s figures but also set a new record. (Read More) 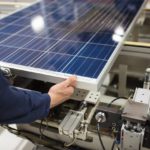 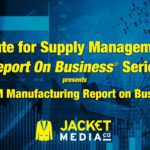 Economic activity in the manufacturing sector grew in September, with the overall economy notching a 16th consecutive month of growth, say the nation’s supply executives in the latest Manufacturing ISM® Report On Business®. (Read More)

Today we get to have an amazing conversation with the Chief Operating Officer of CH Technologies, Bridget Jaeger! The company is dedicated to equipping its clients with a responsive source for cutting-edge inhalation and particle exposure systems, which can be custom-tailored to specific needs. In our chat today, we hear from Bridget about the work that the company has been occupied with since the advent of the pandemic, how COVID-19 has impacted their market, some thoughts on masks and air filtration, and a lot more about their specific products! Bridget also sheds some light on the ins and out of the company, touching on its foundation as a family-run business, and how she likes to keep this ethos alive as COO. She talks about the legacy of her father’s leadership style and emphasis on giving and also shares her reflections on how her mother’s attitude influenced her mentality as a woman in a male-dominated space. So for all this and more from a wonderful guest, listen in!