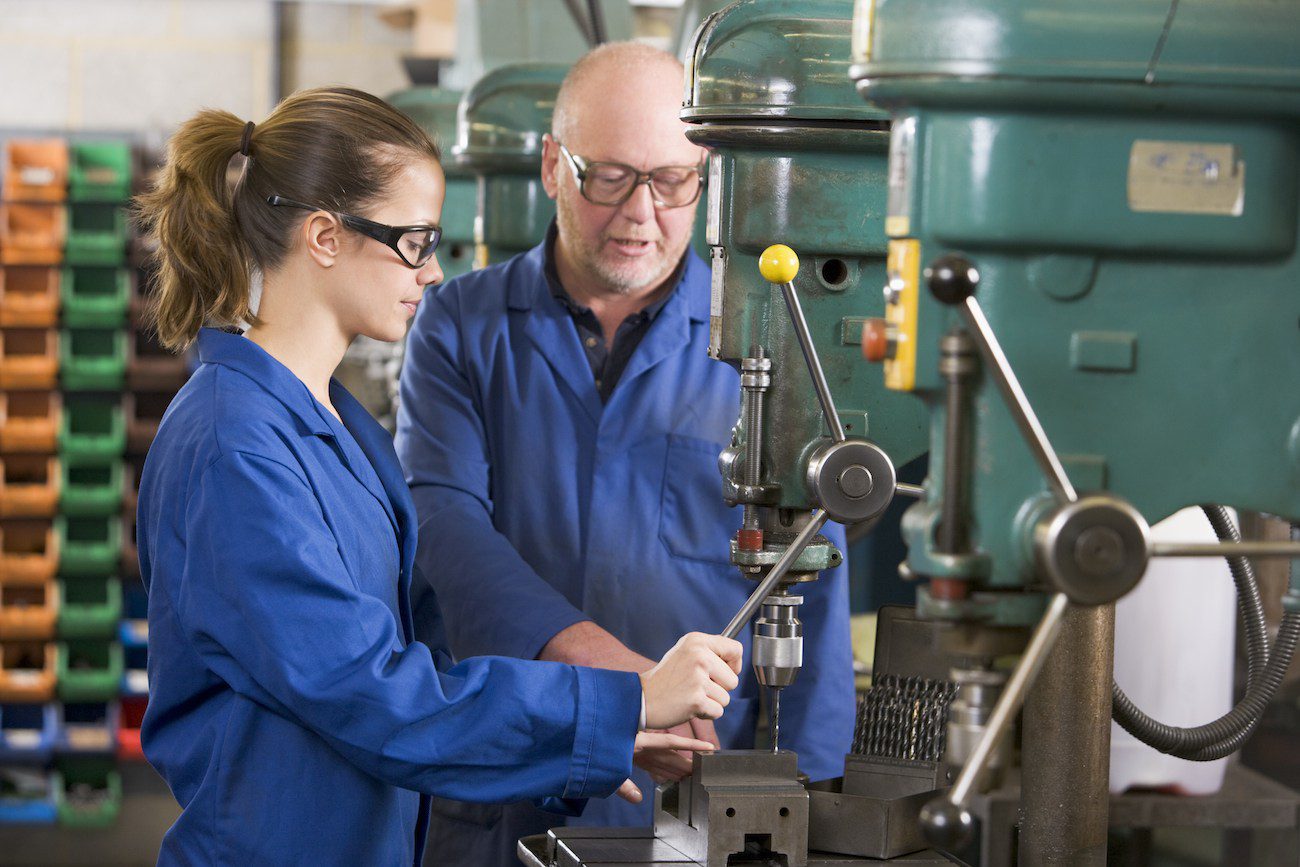 A recent report called “The Skills Gap in U.S. Manufacturing 2015 and Beyond” projects that, “Over the next decade, nearly three and a half million manufacturing jobs will likely need to be filled, and the skills gap is expected to result in 2 million of those jobs going unfilled.”

This skilled workforce shortage problem is not new.

The urgency of the problem was described as far back as 1990 by the National Center on Education and the Economy, with its report, The American Workforce – America’s Choice: High Skills or Low Wages.

Since then, the problem has been well documented, including the following:

You might ask: How did we ever get into this jam?

It has been at least 25 years since the alarm was sounded on skills shortages in manufacturing and the threat of retiring baby boomers. Just about everyone who follows manufacturing has known about this problem for a long time. So the question is: Why didn’t we invest in advanced skill training before it became a serious problem?

The answer is money and the avoidance of training investment.

Join the Conversation with Michael Collins and other IdeaXchangeTM XpertsTM

My Personal Experience with the Manufacturing Skilled Worker Shortage

In my last job as a general manager, I spent many years manufacturing machines that automate production lines. Most of the automated lines were for plants of publicly held corporations, so I spent a lot of time in their plants and with their production people. Back in the ’70s, most of the large manufacturers had good training programs and invested in extensive training. Large Corporations like Kodak, Xerox, and Blount once supported programs that trained and employed hundreds of highly skilled apprentices.

I could see the training they were doing was inadequate, because new workers were unable to operate, maintain and repair our machines.

But in the ’80s, large corporations began to re-engineer their companies and eliminate functions that they didn’t see as a core competencies. In an article I wrote about the financialization of manufacturing, I explained that the large publicly held companies were forced to strip their companies down to their core competencies. But in stripping down, they lost many critical functions. In this process, apprentice-type training was lost in many American corporations, because it is long term training and doesn’t have a “good” ROI.

I could see the training they were doing was inadequate, because new workers were unable to operate, maintain and repair our machines. The most obvious service problems occurred during troubleshooting, which, by definition, takes extensive and advanced training.

The Big Disconnect Between Need for and Investment in Advanced Training

There seems to be a big disconnect between what all of the studies have said is needed in advanced skill training and the training that is actually being conducted. The typical factory today is very automated; it is normal to have, programmable logic controllers, computers, robots, palletizers and a host of other automatic packaging equipment. In my opinion, to troubleshoot, operate and maintain this kind of equipment requires apprentice type training that will lead to a journeyman level of skills.

The following is a simple profile of skills that are needed to work in one of these automated plants:

Year after year, the large corporations have invested in more automation and complex machinery to eliminate labor, but do not seem to want to invest in the comprehensive training programs that will increase the skill levels of the employees to maintain, troubleshoot and repair what they have installed, programs that are offered by Acuity Training in London and others that can cater to such needs.

Year after year, the large corporations … do not seem to want to invest in the comprehensive training programs that will increase the skill levels of the employees …

Journeyman programs can vary from hundreds of hours to thousands of hours of training and education. For instance, the apprentice machinist program at Ogden Technical College requires 900 hours of classroom education and 8,000 hours in on the job training at the company.

If we are going to train the new manufacturing workers to do advanced troubleshooting and have the multi-skill ability to do many jobs, I believe it will require an investment in long-term, comprehensive training programs. I suspect that the publicly held companies will continue to view training as an expense rather than an investment. This kind of mindset is very suspicious of training programs that take years to complete, paying people for skills they attain, or issuing certificates to people that make their skills transferable.

The other big problem manufacturers’ face is being able to attract and recruit good workers who can handle the new highly skilled jobs, particularly students with a STEM education. Since the 80s, the large public corporations have had two primary goals-to eliminate unions and to lower labor costs. They have been very successful in achieving both of these goals with strategies such as “two-tier” wage systems, part–time and contract workers, elimination of unions, and off-shoring jobs to lower wage countries. These strategies are well known by younger people, which makes manufacturing as a career choice very suspect.

A report by the National Employment Law Project confirms the success of the lower labor cost goal; it finds that that “real wages for manufacturing workers declined by 4.4% from 2003 to 2013.” The National Association of Manufacturers and other manufacturing associations have said in the past that the average manufacturing job pays 20% more than the average job. The NELP Report shows this is no longer true. The report relies on the Census Bureau’s Current Population Survey, and on household surveys to track wage data over many years. The survey shows that it was true that manufacturing jobs paid more than average job from 1976 to 2006. However, in 2007, it changed, and manufacturing wages declined-and have continued to decline ever since. Since the recovery from the Great Recession in 2009, most manufacturing jobs that have been added have been non-union and pay less in wages.

The NELP report concludes: “This downward trajectory of manufacturing wages relative to all private sector employment cannot be overlooked. If the wage trends continue, manufacturing jobs will not deliver on the promise of creating livable jobs with positive economic revivals to communities and families.”

If manufacturers are to acquire the highly skilled workers they need, they must do the following:

We have done enough studies. We know what kind of skills and training programs are needed. It is time for corporations to quit stalling and make the commitment to long-term training.

Yes, this will probably be an investment of 3% of sales along with a commitment to long-term training in years, certificates for skills learned and recognizing the training as an investment, not an expense.

We don’t need any more “shortage of skills” surveys; it is time to act.