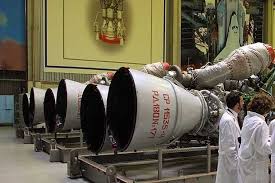 Today (1/27/16) the U.S. Senate Armed Services Committee Chairman, John McCain, and House Majority Leader, Kevin McCarthy announced they will be introducing legislation to end the unlimited acquisition and use of the Russian made RD – 180 rocket engine. McCain stated that he would introduce the legislation on Thursday to help ensure the U.S. can move away from their dependence on Russian rocket engines.

“The ever-expanding access to the final frontier is fueled by technology, research and development. Our policies should facilitate a competitive environment that provides the incentive to scale each component required to access space,” McCarthy said in a statement with McCain on Wednesday. “Placing such a critical aspect of our future in the hands of a country that names the United States as a threat is not only foolish, it undermines the ingenuity happening across the country.”( http://bit.ly/1Qt2vVa)

The RD – 180 is manufactured by NPO Energomash and it is owned primarily by the Russian government and controlled by several of Putin’s close acquaintances, according to lawmakers.

Congress did ban the use of the Russian RD -180 rocket engine for military use in 2014 after Russia annexed Ukraine’s Crimea region. However last year lawmakers reduced the constraints of the ban to ensure Unite Launch Alliance (ULA) did not get put out of business. ULA is a joint venture of Lockheed Martin Corp. and Boeing Co. and has a monopoly on military launches for years. The 2016 omnibus spending legislation that eased the ban on the purchase of RD -180 engines was put into place until a domestic alternative become available.

Losing ULA would only leave the military relying on SpaceX, owned by Elon Musk. There is a policy in place that requires the military to have two choices in space launch providers so letting ULA fail was not an option. The Air Force recently granted SpaceX their certification to launch military equipment into space however they have not received any military contracts at this time.

Defense Undersecretary Frank Kendall, the Pentagon’s chief arms buyer, voiced his concern about the ability of ULA to survive if the Russian RD-180 that powers ULA’s Atlas 5 rocket was completely banned from use. However, he did mention that they have an alternative rocket, the Delta 4 which didn’t’ use the Russian made rocket engines but the cost of the rocket was not able to compete with privately-held SpaceX. Kendall stated that the vehicle would cost “millions of dollars more” than the Atlas 5 and the Air Force would have no option but to choose SpaceX over ULA which would ultimately lead to the end of Lockheed and Boeing’s joint venture.

It is a little unsettling thinking about the lack of engine suppliers for military space launches. Especially since  American tax payer money is being funneled into Russia through the purchase of Russian made rocket engines. We will be keeping a close eye on these developments.