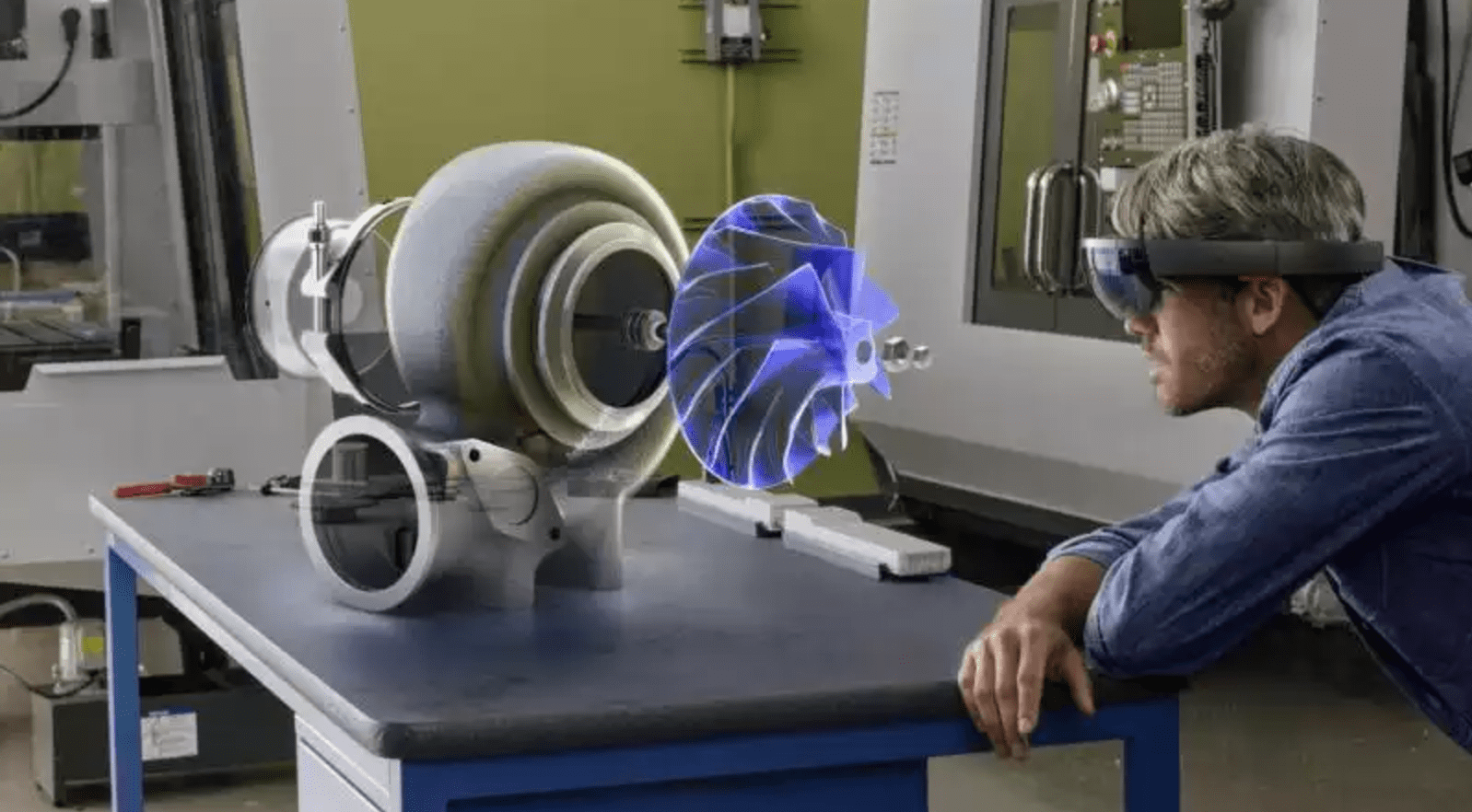 The Microsoft Hololens is becoming more widely used in manufacturing. 3D printing in space has been conducted several times with the first privately commissioned part made just recently on the ISS. There has been a 3D printer aboard the ISS for a year to make simple parts needed at the moment instead of flying a gasket from Houston to the ISS. A 3D printed spine part made of titanium was successfully implanted in a 32-year old woman in India who would have died from spinal deterioration. Other body organ framework is being printed and test, such as hearts and lungs with natural tissue growth from stem cells harvested from your own body. It is all happening right now in manufacturing.

Now there is a new entrant in the field – the 3D printing of a holographically-projected object where two lasers can meet at any point on the X, Y or Z plane to begin the build. Thus, creating and projecting a hologram, then refining it while wearing a hololens, and pushing a button on a printer is in its R&D experimental form. I need not go into great detail on this. Your imagination already gets it. 3D holographic printing will be the WYSIWYG (What You See Is What You Get) we once yearned for from early desktop printing software.  Your new printer may be more than you imagined!

If you haven’t been eyeing what is happening in 3D printing, search for articles online or listen to TED Talks on the subject. While 3D printing has been around since the 1980’s, much like early computers themselves (NEAC 2203, DEC PDP 1 and other monolithic machines from Burroughs and IBM), the speed of development in 3D printing is coming of the Moore’s Law stage for processing power of the microchip – 3D printing appears to be doubling in capability but in about 6 months as opposed to Moore’s Law of 18 months for microprocessors, as the cost of related technology and the printers themselves drop to a level where more and more universities, corporations, and research facilities can make the hardware, software and peripherals available to more and more bright young minds.

As I write this I cannot formulate where it will lead because as soon as I suggest this or that, both will be surpassed by some phenomenal breakthrough we weren’t even thinking about. So, if you want to take a wild ride from imagination to reality, just tune in to the developments in 3D Printing and contemplate that what you can see with your minds eye could be projected into a holographic printer and made into a real, tangible whatever. Staggering!